At a recent event, Hollywood superstar Brad Pitt, whose movie "Bullet Train" is gearing up for its release, reacted to this viral pic in a skirt from the Berlin premiere.

Washington: Oscar-winning actor Brad Pitt is undoubtedly one of the hottest celebrities in the entertainment industry and what his millions of fans all over the world can`t get enough of at this moment is his brown linen skirt look, during the premiere of upcoming action flick 'Bullet Train'.

The actor recently shared the inspiration behind his new fashion statement. Recently, in an interview, Pitt shared that "I don`t know! We're all going to die, so let`s mess it up," as per Variety. For his film premiere in Berlin, the 58-year-old actor wore a brown skirt that he teamed with an onion-pink coloured shirt and topped up with a brown blazer matching his skirt. He accessorized his look with a pair of boots and a gold statement chain.This satirical choice of the actor went viral. To deal with the scorching temperatures in Berlin, which soared into the mid-90s on the day of the premiere. Pitt revealed when asked why he opted for a skirt look. He said, "The breeze. The breeze."

The star wasn't in a skirt for the film's Los Angeles premiere, instead sporting a roomy green suit complemented by a teal undershirt and vibrant yellow sneakers. For the Los Angeles film premiere, he opted for a stunning light green suit that he paired with a blue coloured t-shirt. The 'The Lost City' actor wore yellow sneakers to complete his look.This time he kept it simple yet classy. 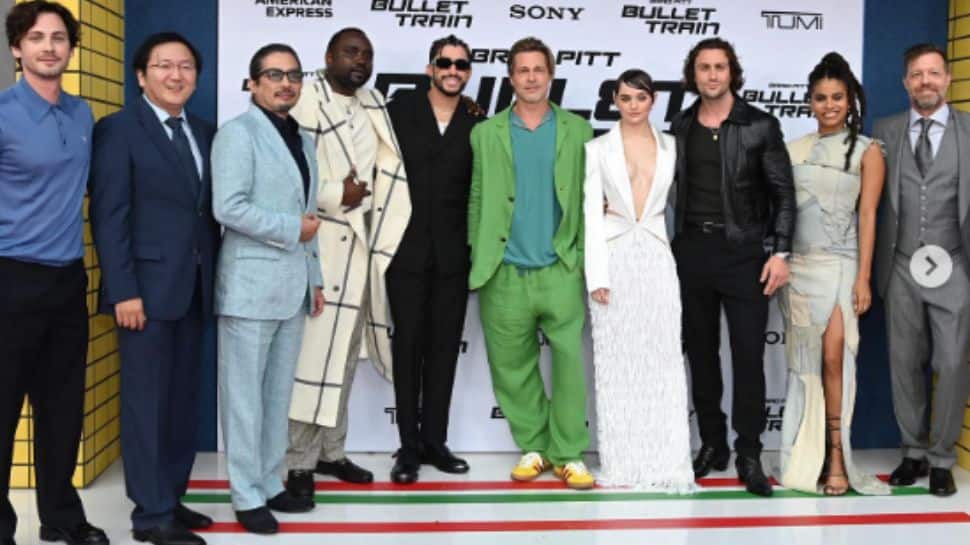 "Bullet Train" movie stars Pitt as a hitman who has to fight his way through a train filled with dangerous killers, played by actors like Bad Bunny, Joey King, Aaron Taylor-Johnson and Brian Tyree Henry. The group discover that all of their assignments overlap with one another's and things spiral out of control from there. The film is being helmed by "Deadpool 2" and "Atomic Blonde" director David Leitch, according to Variety.

In a statement, Pitt clarified that he was happy to hand off some dangerous moments during production to a professional stuntman. He shared "I try to get out of it. I love a stuntman." "This one was action-comedy, something I`ve never done before. David and I had always been big fans of Jackie Chan. We'd been talking about him for decades. He's kind of our Buster Keaton. He's so talented and underrated even. Just to do something in that direction was what was really appealing to me."

Pitt also shared that he was able to avoid injury while making the film, though some of his costars weren't as lucky." I certainly went home and went, Owwwww, but no!" But Aaron, on the other hand, Brian, on the other hand, The young uns, you know? " Pitt expressed his happiness.