Aly Goni and Jasmin Bhasin to get married soon? Here’s the TRUTH!

Aly Goni has now appreciated his ladylove Jasmin Bhasin for buying a new home and also hinted at getting married soon.

New Delhi: TV couple - actors Jasmin Bhasin and Aly Goni, have won many hearts with their adorable chemistry. The two are often seen travelling together and sharing photos of each other on their social media. Now, Aly has congratulated his ladylove for buying a new house and also heaped praises at her.

Sharing a glimpse of her new home, he wrote, “I’m so so sooo proud of you.. Congratulations on ur new house meri jaan I know how much u have worked hard for this..”

In the picture, the duo can be seen standing near a dining area while posing for the camera.

Even Jasmin was quick to react in the comment section, and wrote, “Our home."

While the world was drooling over their cute chemistry, Aly’s fans asked the actor when he is planning to get married.

Then Aly opted for a guessing game on Instagram where he will get to know when he’ll get married. In the first attempt, Instagram came up with “never” as the answer.
In his second attempt, he could be seen trying his luck again and this time he was sitting with Jasmin by her side. 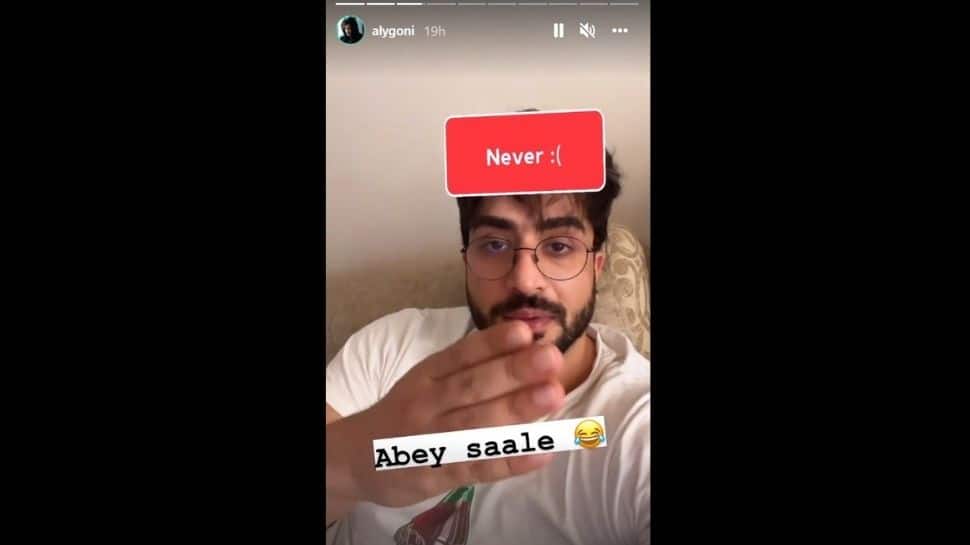 The answer came in as “in a few days” and the same flashed under Jasmin's name as well. Aly shared the video on his Instagram Stories and captioned it “Soon” with smiling emojis and Band Baaja Baarat song playing in the background. 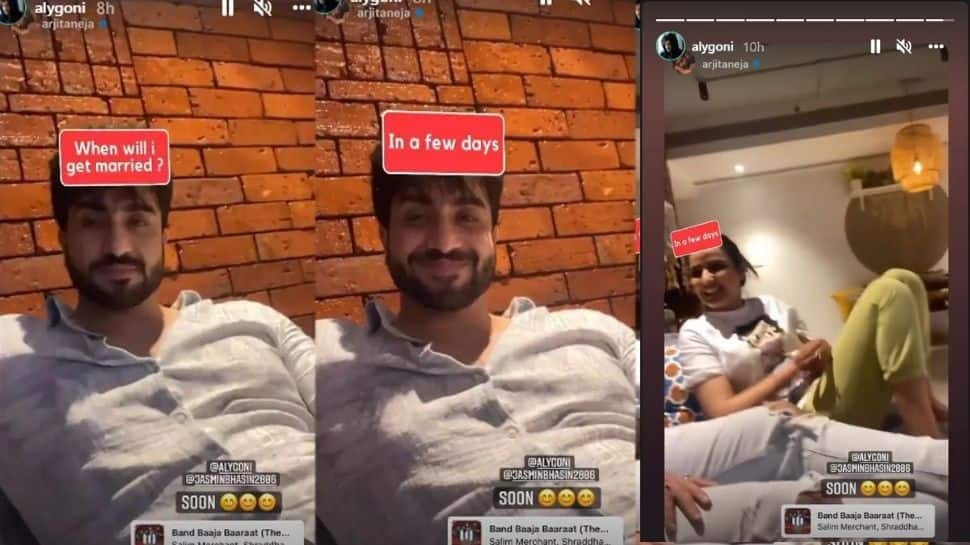 For the unversed, Aly Goni and Jasmin Bhasin professed their feelings of love for each other during their stint in Bigg Boss 14. Earlier, the two maintained that they are ‘best friends’.

After coming out of the Salman Khan hosted reality show, they would often be papped together and have also featured together in hit music videos - Tera Suit, Tu Bhi Sataya Jayega and 2 Phone.