Mumbai: It is a joyous day for the Kapoors and the Bhatts as Alia and Ranbir welcomed their first child, a baby girl on Sunday afternoon. Taking to Instagram, actor Alia Bhatt shared a post which reads, " And in the best news of our lives:- Our baby is here...and what a magical girl she is. We are officially bursting with love - Blessed and obsessed PARENTS!!!! Love love love Alia and Ranbir."

The Brahmastra couple welcomed a baby girl around 12:05 pm today. Soon after the `Raazi` actor shared the news on her social media, fans swamped the comment section and dropped red heart emoticons and congratulatory messages for the new parents. Actor Sonam Kapoor wrote, "Congratulations darling girl cannot wait to see your princess." Akshay Kumar wrote, “Congratulations !!! @aliaabhatt , Ranbir. No bigger joy in the world than to have a daughter. Bless you all.” Anushka Sharma took to her Instagram story and wrote, "Hugest congratulations to the parents and lots of love and blessings to the baby girl." 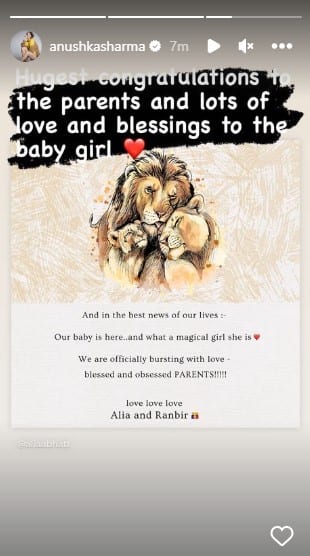 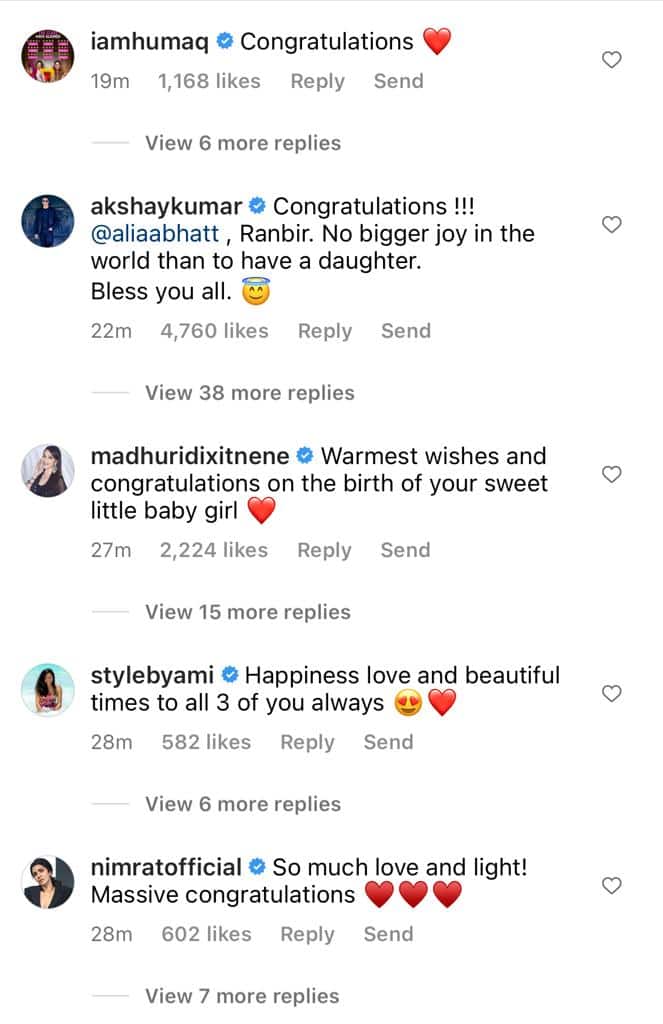 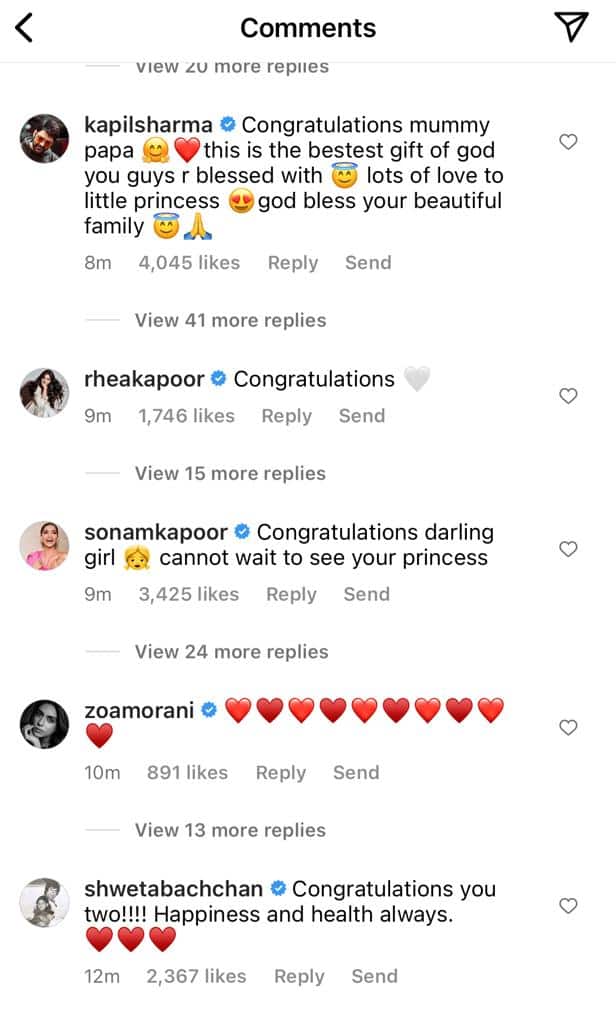 Soon-to-be Mom Bipasha Basu also wished the best to the couple on the birth of baby girl. "God bless little baby girl. Congratulations aliaabhatt and Ranbir," she wrote on her Instagram story. 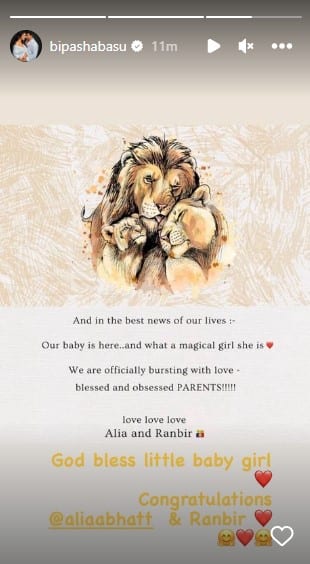 The couple on Sunday morning reached Sir HN Reliance Hospital in Mumbai which raised the brows on the baby`s arrival. After Ranbir and Alia, their mothers Soni Razdan and Neetu Kapoor were also spotted arriving at the Hospital. Alia has been frequently showering her fans with cute pictures from her preggers diary throughout her pregnancy.

The power couple announced their pregnancy in June this year. The `Brahmastra` couple tied their knot on April 14, 2022, after dating for years at Ranbir`s Mumbai residence in an intimate ceremony. Just after two months after their marriage, the couple treated their fans with such a big surprise. Ever since the couple announced their pregnancy, fans have been waiting for the good news from the Kapoor family.

Meanwhile, on the work front, Alia and Ranbir were recently seen together in the sci-fi action film `Brahmastra: Part 1- Shiva` which gathered massive responses from the audience. Helmed by Ayan Mukerji, the film also starred Amitabh Bachchan and Mouni Roy in the lead roles. `Brahmastra` is now streaming on the OTT platform Disney+ Hotstar.

(With inputs from ANI)