NEW DELHI: Pakistan-origin Somy Ali, who appeared in several Bollywood films including 'Krishan Avatar', 'Anth', 'Andolan' and 'Mafia', condemned superstar and her former boyfriend Salman Khan on Instagram. Somy levelled some serious allegations against the 'Tiger 3' star and indirectly tagged him as 'women beater' and 'sadistic sick'. She shared an image from Salman Khan's blockbuster hit 'Maine Pyar Kiya' and without naming the actor, wrote, "A women beater, and not just me, but many. Stop worshipping him, please. He’s a sadistic sick *#uk. You have no idea."

However, within less than 24 hours of sharing the post on her social media, Somy Ali has now deleted it. The latest post on her Instagram handle is now about 'Different From the Others', the world's first Gay film which was released in the year 1919.

On Friday, Somy Ali accused Salman Khan of many things including being a ‘women beater’. She had also urged fans to 'stop worshipping him'. In another post, she hinted that her upcoming documentry 'Fight Or Fight' has been banned. She added that she, however, will continue working for it no matter come what may. 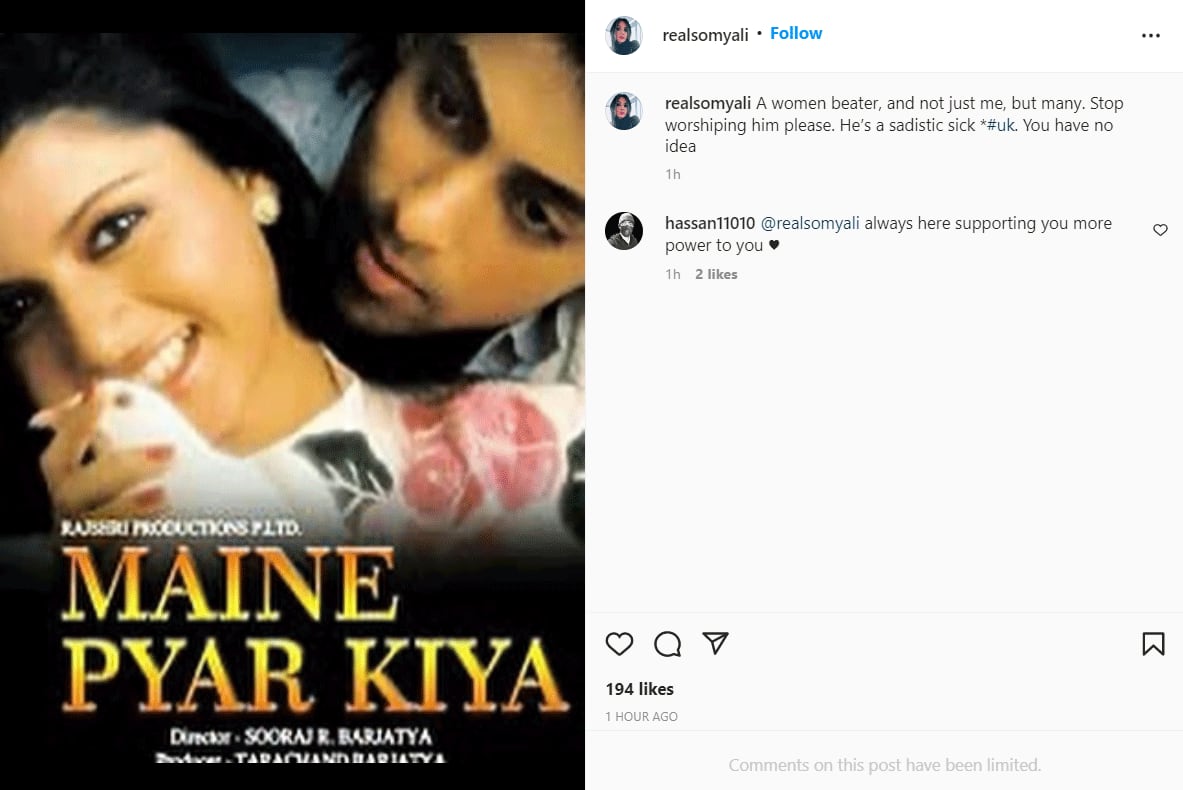 While she didn't name the superstar in the first post, she mentioned Salman Khan as one of the hashtags and used adjectives like coward, evil and liar, leaving her fans wondering if she referring to her ex-boyfriend. Somy had limited the people who would be able to comment on the post. However, both posts have now been deleted from her account. 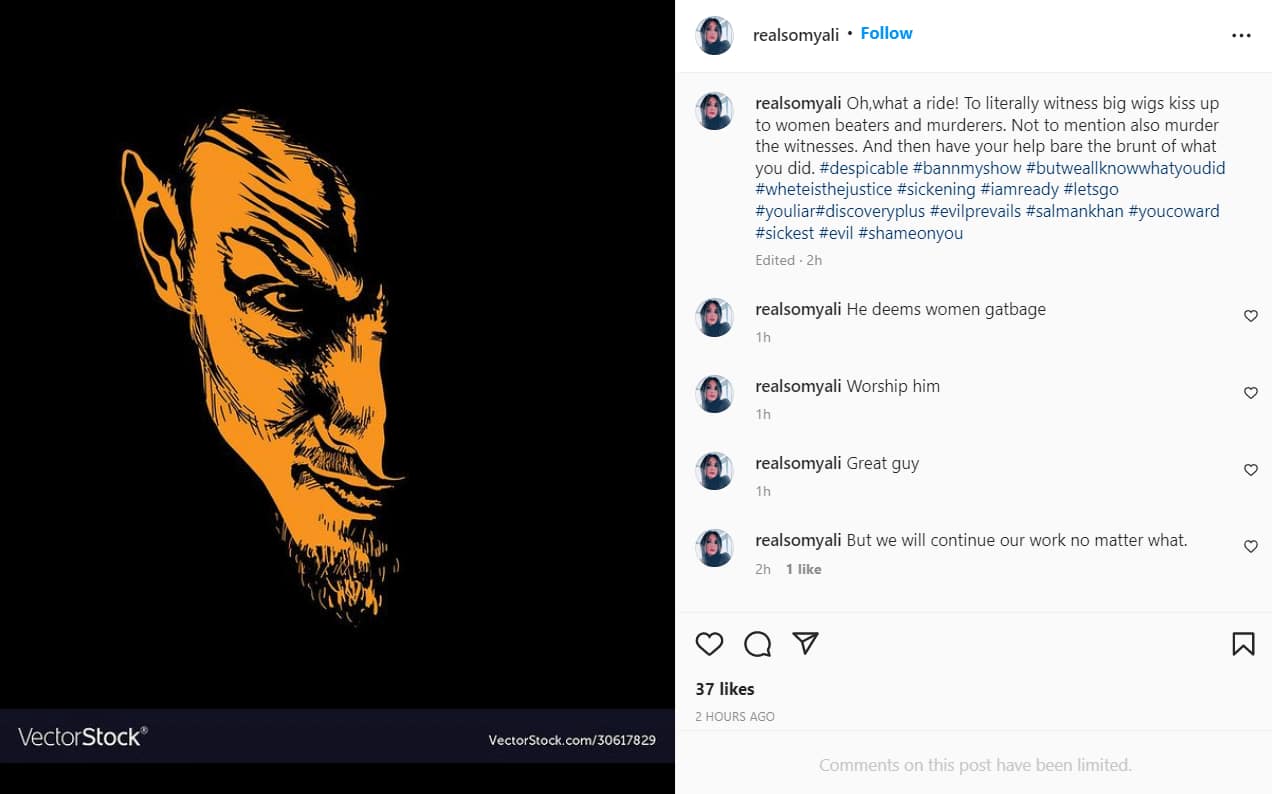 This is not the first time that she pulled off something like this. A few months back, Somy had shared another still from Salman Khan's 'Maine Pyaar Kiya' and shared a cryptic caption tat read, "The Harvey Weinstein of Bollywood! You will be exposed. The women you abused will come out one day and share their truth. Just like @aishwaryaraibachchan_arb."

In an earlier interaction with Free Press Journal, Somy shared that she was 16 when she saw the Sooraj Barjatya film 'Maine Pyar Kiya' and had a dream about marriage. She already had a huge crush on Salman and took this as a sign and decided to come to India. However, after their decade-long relationship came to an end, she decided to leave Bollywood and move back to the US.

Somy Ali has bid adieu to Bollywood for good and found a new calling in her humanitarian pursuits. She now focuses on her NGO for domestic abuse survivors.