After Amitabh Bachchan, Kartik Aaryan gets immortalised into a comic book character!

Kartik Aaryan took the nation by storm with the recent announcement of his upcoming film Aashiqui 3.

New Delhi: Actor Kartik Aaryan is riding high on the success of his last release Bhool Bhulaiyaa 2 which is still making headlines. From its superhit title song setting records to Kartik announcing a comic book version of Rooh Baba - he has seen it all in a short span of time.

Recently at a media conclave, Kartik Aaryan revealed how Rooh Baba got into the world of comic books as he said, "If I talk about the recent success of Bhool Bhulaiyaa 2, especially about the kids factor, I was the happiest when the team got a call from Diamond Comics that they wanted to create a comic character out of Rooh Baba and Bhool Bhulaiyaa 2 itself, taking all characters which is a big thing. So I mean, its all avenues, where this film and these characters are and people have liked them and viewed them multiple times, besides just me also (chuckles), so I am so happy about it." 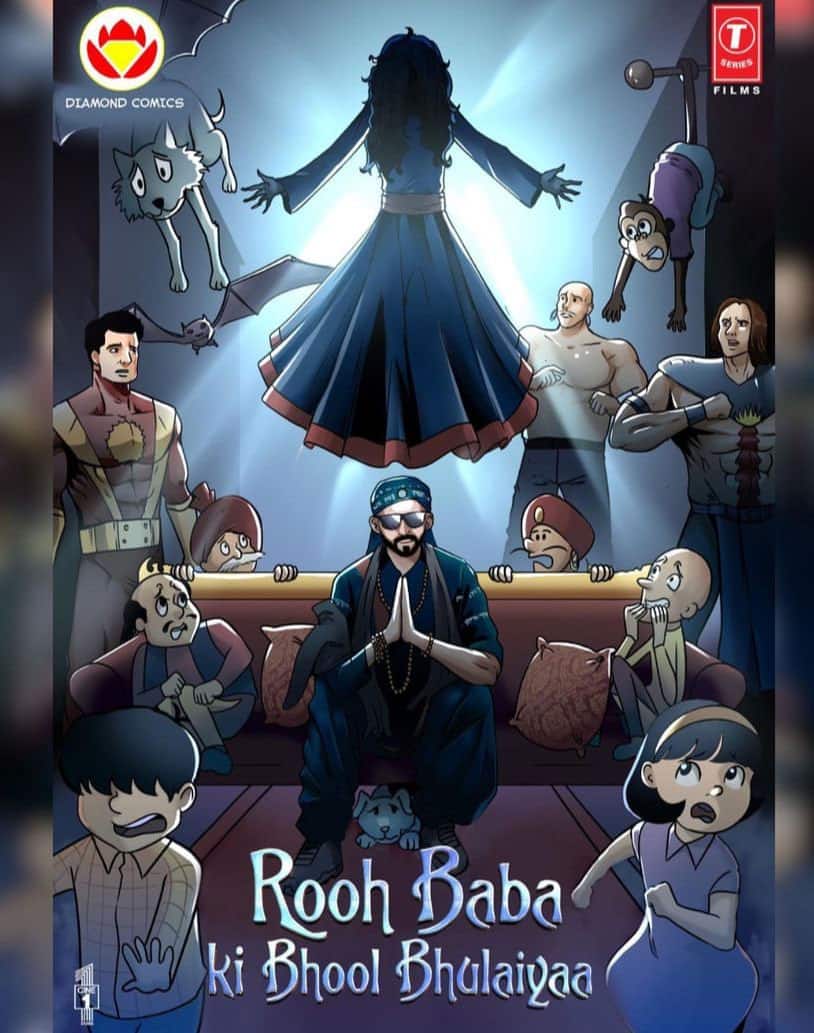 While the host revealed that the only other superstar of our times to be immortalised in a comic book was Amitabh Bachchan, Kartik added talking about the same, “That’s actually amazing, That’s quite cool!  I mean he has had an adventurous journey and which is quite inspiring for all of us. I think comically, I would like to buy that comic (laughs)."

Meanwhile, Kartik Aaryan took the nation by storm with the recent announcement of his upcoming film Aashiqui 3. Apart from that the actor will also be seen in Freddy, Satyaprem Ki Katha, Shehzada, Captain India and Kabir Khan's untitled next.