The Kazakh is a world championship bronze-medallist and had lost to silver-winner Panghal in the semifinals of that event as well.

Panghal was in top form as he took control with his sharp counter-attacks against the defensively weaker Bibossinov. 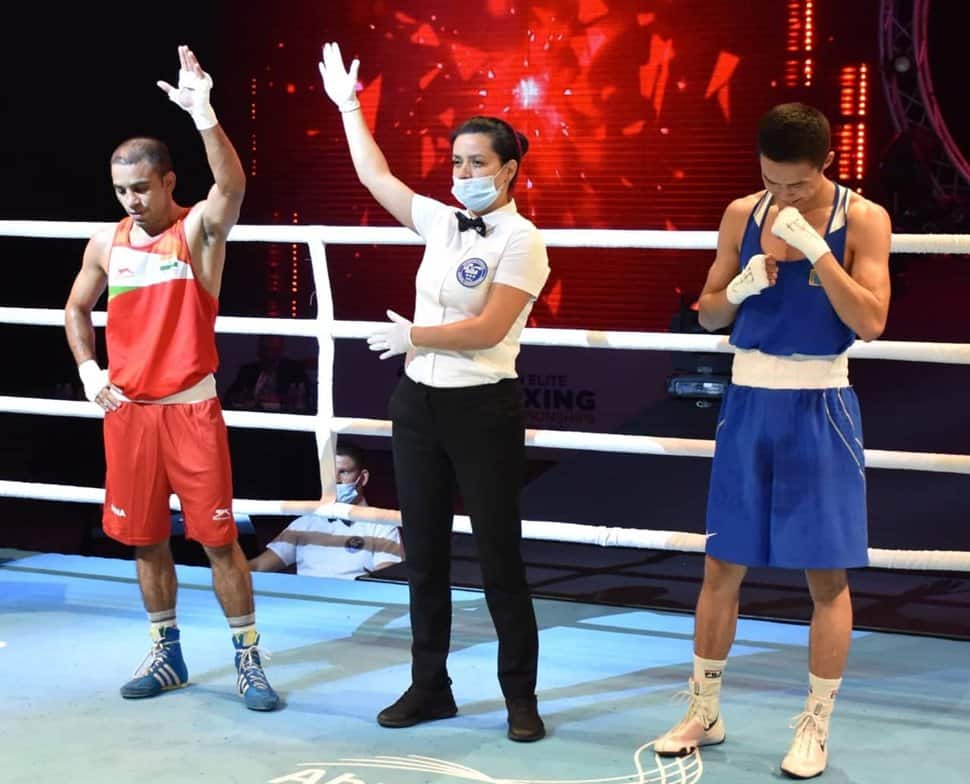 The Indian played the waiting game to perfection as the third-seeded Bibossinov’s plan to dazzle him with early aggression fell flat as the bout progressed.

The world number one from Haryana became the aggressor in the final round as Bibossinov ran out of steam.

On Thursday night, four Indian women boxers had advanced to the finals.

Of these, Pooja got a walkover after her opponent pulled out.

It was heartbreak for two-time world youth champion Sakshi Choudhary (54kg) as she lost her final spot after her rival, top-seeded Kazakh Dina Zholaman, successfully challenged the narrow victory that she had clinched in the last-four stage.

Sakshi had prevailed 3-2 in the regulation bout but the decision was challenged by the Kazakh team and eventually overturned.

Zholaman was declared winner in the official result sheet that came out at the end of the day's proceedings late on Thursday night.

"The Kazakh team sought a review of the third round, which it felt should have been scored in favour of their boxer. On review, the jury found their contention to be correct and overturned the original verdict," a source in the Indian contingent told PTI.

The bout review system was introduced by the International Boxing Association (AIBA) in 2019.

The team manager or the head coach of the losing boxer gets 15 minutes after the decision is announced to submit their protest and complete the paperwork for it in the next 30 minutes.

Decisions with scores 5-0 or 4-1 are not reviewable under this system.

Each team is allowed up to two failed reviews.

"If the Technical Delegate determines, after consulting the Bout Review Jury, that the protest should be allowed to proceed, the bout will be reviewed by the Jury – the Observer, the Referee Evaluator and the Judge Evaluator," the AIBA had said.

In case of a protest claiming that an AIBA technical rule was violated by the referee, the aggrieved team has to specify the breach, the round in which it allegedly took place, and how it affected the final result.

The jury's decision must be unanimous and will be final.