Christian Science Monitor has put this among the top 10 political misquotes. 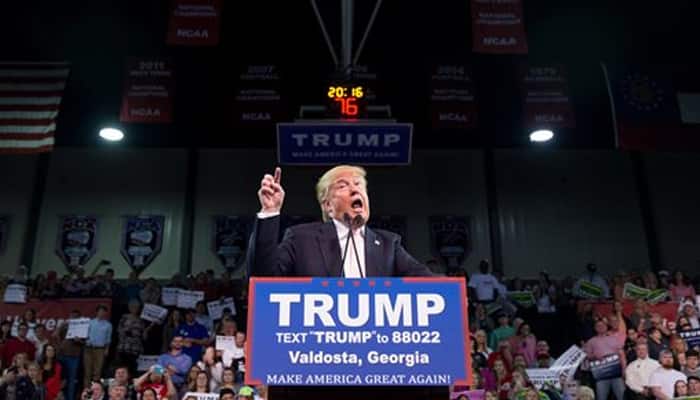 Washington: Republican presidential front runner Donald Trump Monday posted a quote on Instagram attributing it to Mahatma Gandhi, but the American media said there is no evidence that the Indian leader had ever used these words.

"First they ignore you. Then they laugh at you, then they fight you, then you win - Mahatma Gandhi," Trump wrote on social networking site Instagram as part of his effort to rally supporters.

The Instagram post included a picture of hordes of supporters rallying at a Trump campaign stop in Alabama.

Soon, the anti-Trump lobby was up in flames on the social media.

The Hill, a top US political website, said, "There's no record that Gandhi ever used the phrase, which has been widely attributed to him."

The quotation appears to be similar to words used in a 1918 trade union address by socialist leader Nicholas Klein, it said.

Christian Science Monitor has put this among the top 10 political misquotes.

There was no immediate response from the Trump's campaign on the issue.

"Gandhi did not say this," one Scott T Smith wrote on twitter.

"He got tired of quoting Mussolini and he's saving the Hitler quotes until he's really desperate," tweeted Brad Fraser.

According to Wikiquotes, this is the quote which is often misattributed to Mahatma Gandhi.

Rajasthan Congress Crisis: Will the high command bow before the Gehlot faction?