Obama featured on Grylls' “Running Wild” show and the episode focussed on Alaska. 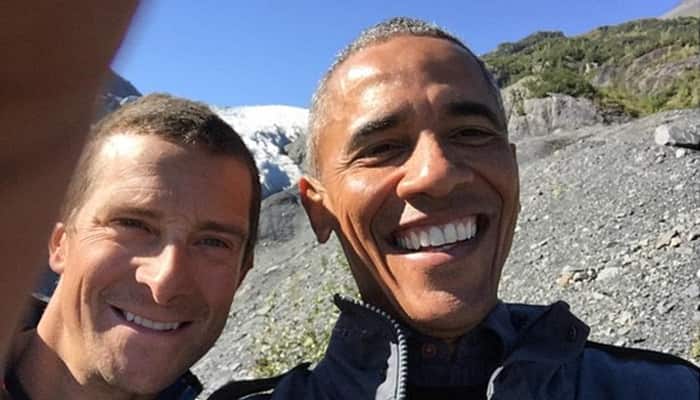 Grylls' 'Man vs Wild' show on Discovery Channel is hugely popular in India.

Obama featured on Grylls' “Running Wild” show and the episode focussed on Alaska.

In the episode that aired in America on NBC television on December 17 and can be seen on Discovery channel in India on December 31 at 10 pm, Grylls says President Obama displayed his intimate and fun side.

On the episode, the two shared tea made out of catkins, ate wild salmon picked over by a bear, talked about being a dad and discussed climate change — all while snipers kept watch from the mountains and the official food taster looked on warily, reported Reuters.

“He said it was one of the best days of his presidency,” Grylls told reporters after the episode was shot in September. “There were times along the route I had to pinch myself and think, actually, this is the president of America.”

The episode was filmed on a trek to Alaska’s shrinking Exit Glacier that was aimed at drawing world attention to climate change. Last year alone, the Exit Glacier melted and retreated 187 ft (57 m) toward the Harding ice field, which has itself lost 10 percent of its mass since 1950.

Obama is the first sitting president of any nation to take part in “Running Wild with Bear Grylls”.

According to him, the idea for the TV episode was mooted by the White House.

Turkey-Syria Earthquake: A Mother Gives Birth to a New Born Under the Debris

"Tough call between Kuldeep and Axar, only one will get to play", says Vice Captain KL Rahul