The Americans' confidence in the federal government's ability to protect its citizens from future acts of terrorism has dropped to a record low, according to a new Gallup poll. 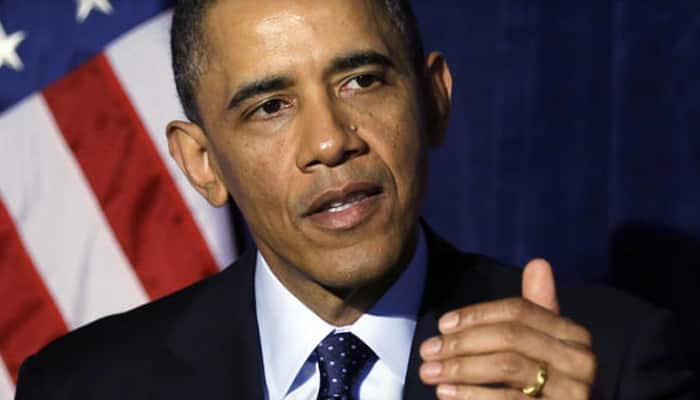 Washington: The Americans' confidence in the federal government's ability to protect its citizens from future acts of terrorism has dropped to a record low, according to a new Gallup poll.

At least 55 per cent of Americans say they have a "great deal" or a "fair amount" of confidence in the government to protect US from terrorism, 33 per cent lower than the level of confidence shortly after the 9/11 terrorist attacks in 2001, according to the poll released last week in the wake of the shooting carnage in San Bernardino, California.

In addition, 51 per cent of Americans feel at least "somewhat worried" that they or their family members would become a victim of terrorism, Xinhua reported.

The poll, conducted between December 8 and 9, came as investigators found the San Bernardino shooters' alleged connection to radical Islamic ideology.

In a rare Oval Office address to the nation, US President Barack Obama on December 6 called the San Bernardino shootings a new phase of terrorism.

Widely seen as the most sobering communication channel a US president has, the Oval Office address, the third during his seven-year presidency, came amid widespread jitters in the country over further terrorist attacks inspired by the IS.

In its latest poll, Gallup said the percentage of Americans who believe it is "very" or "somewhat likely" that acts of terrorism would take place in the country in the next several weeks increased sharply, rising from 45 per cent in June to 67 per cent.

Fearing backlash over their appearance, US Sikhs join hands with Muslims to fight prejudice

Super 80: Another NDRF team leaves for Turkey from Varanasi

Jyotish Guru Show: Know how will be your day today