San Bernardino shooter Tashfeen Malik denied having any militant intentions when she was asked in an application form for a U.S. visa two years ago, documents showed. 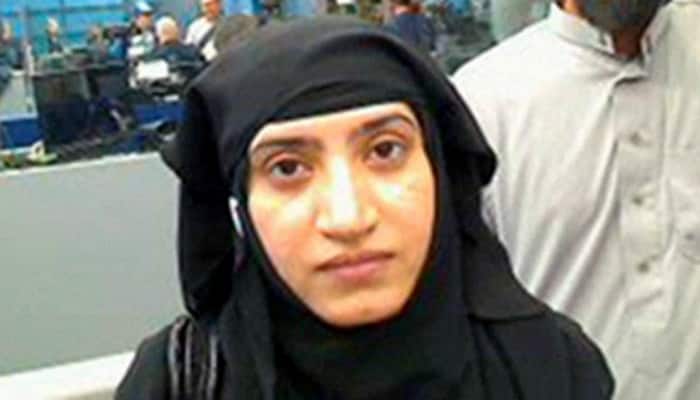 Washington: San Bernardino shooter Tashfeen Malik denied having any militant sympathies or intentions when she was asked in an application form for a U.S. visa two years ago, documents described to Reuters on Tuesday showed.

Information in the documents could bolster complaints of critics in Congress who said flaws in the immigration system meant Malik was not thoroughly investigated. The papers also showed that statements by Malik and her husband and fellow shooter Syed Rizwan Farook did not raise any alarms among authorities that they were potential Islamic State militants.

U.S.-born Farook said they first met in person and became engaged during the October 2013 Haj pilgrimage to Mecca with their respective families, according to other documents released by a congressman on Tuesday. 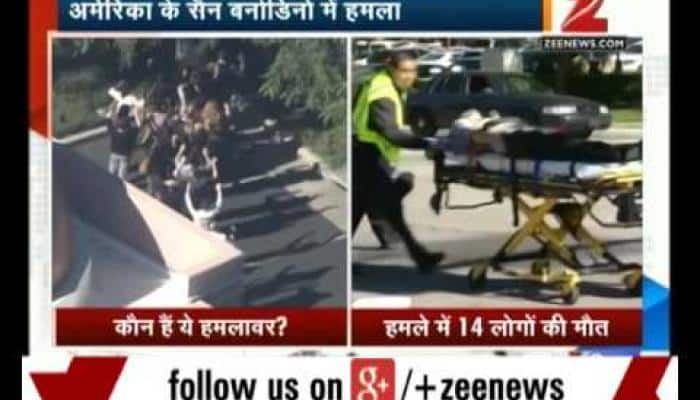 They showed precisely what Malik and Farook stated to immigration officials when Malik went to the United States in December 2013, two years before their deadly shooting rampage in California that killed 14 people and wounded 21 at a municipal holiday party.

Discrepancies in the application raise questions about whether the two could have met in Mecca, Saudi Arabia on the date stated in Malik’s visa application. Farook stated the couple met in person, as required under U.S. visa policy for a K-1 fiancée visa, on Oct. 3, 2013 in Mecca.

Information on the documents also shows Pakistan-born Malik did not receive her visa to enter Saudi Arabia until Oct 5, 2013, however, two days after Farook claimed the two met. Farook held a Haj visa, dated Sept. 16, which allowed him to enter the Muslim holy city during the annual pilgrimage. But Malik did not hold a Haj visa, meaning she would have been barred from entering Mecca during the time claimed in the U.S. visa application.

A review of Malik`s U.S. visa application by the Congressional Research Service, made at the request of the House Judiciary Committee, raised different questions. According to a CRS translation, the entry stamp on Malik’s passport shows she entered Saudi Arabia on June 4, 2013. Her 60-day visa would have required Malik to leave Saudi Arabia nearly two months before Farook’s passport shows he arrived, on Oct. 1, 2013.

A congressional aide familiar with the documents stated some confusion about dates could have arisen because Saudi Arabia and some other Muslim countries use the Islamic calendar, while the Gregorian calendar is in wide use elsewhere in the world.

U.S. Representative Bob Goodlatte, a Republican from Virginia and chairman of the House Judiciary Committee, in a statement said Malik`s application needed a more careful review than it received. "Visa security is critical to national security, and it’s unacceptable that U.S. Citizenship and Immigration Services did not fully vet Malik’s application and instead sloppily approved her visa," Goodlatte said.

In other parts of Malik`s immigration file, described to Reuters by congressional sources, she denied anything in her background and activities that might have raised suspicions, including answering no when asked if she ever had used or sold weapons or engaged in "terrorist activity."

The questions were included as part of a permanent residence application, a Form I-485 used by the Department of Homeland Security`s immigration unit. The process began in January 2014 and it was approved on July 27 the same year.

Officials familiar with the investigation have said that it was discovered after the Dec. 2 shootings that Malik began sending private messages by social media expressing sympathy for Islamist militancy before her U.S. visa was granted. Farook, 28, and Malik, 29, parents of a six-month-old child, were killed in a shootout with police after their attack.

Malik`s initial visa application, posted on the Internet by Goodlatte on Tuesday, was part of a form Malik submitted to U.S. authorities to obtain a K-1 visa allowing her to enter the country as Farook`s fiancée. The administration of President Barack Obama has not made the documents public.

In the application Malik said the couple first met over the Internet on a a matrimonial website.

According to an accompanying statement Farook filed, the couple first communicated online and then agreed to meet in person, along with their families, during the October 2013 Muslim pilgrimage to Mecca.

The initial visa application released by Goodlatte includes a two-paragraph narrative "Intention to Marry Statement" in which Farook claims that he, a U.S. native, and Malik, a native of Pakistan, first met in Mecca during the haj in 2013.

"My fiancée`s parents reside in Riyadh, Saudi Arabia and she was visiting them during the month of October (2013). During the same month, my parents and I decided to perform the Hajj pilgrimage to Mecca Saudi Arabia," he wrote.

"We decided to have both of our families meet on Thursday October 3, 2013 at the house of my fiancée`s relative who lives not too far from the Ajyad Hotel in Mecca. My fiancée and her family drove from Riyadh to Mecca so we could meet and it is on this day that we got engaged,” Farook added.

To support this narrative, Farook told U.S. authorities that he had included a copy of his Haj visa to show that he was in Saudi Arabia in October 2013 and that he also included copies of his fiancée`s passport pages to show she was also there that month. He makes no mention of Malik`s visa, which also is included, and does not appear to be the Haj visa required for visits to Mecca during the Haj.

"My fiancée and I intend to marry within the first month of her arriving in the United states," Farook`s statement said.

The file, described to Reuters but not made public by Goodlatte, contains a marriage license issued to Farook and Malik in Riverside, California, dated Sept. 8, 2014.

Reuters reported last week that U.S. consular authorities in Pakistan could have sought, but did not seek, a more thorough background investigation of Malik before granting her an initial visa to enter the United States as Farook`s fiancée.

Also in the material made available to Reuters was a standard questionnaire completed by Malik, which asked her numerous potentially revealing questions about her background and intentions. Asked what organizations she belonged to, Malik replied, "none."

Land sinking like Joshimath in Doda of Jammu and Kashmir?

Imran Khan is worried about going to jail