US investigators are looking into the California shooters` financial transactions leading up to the attack last week, including a USD 28,500 loan, a source close to the investigation said Tuesday. 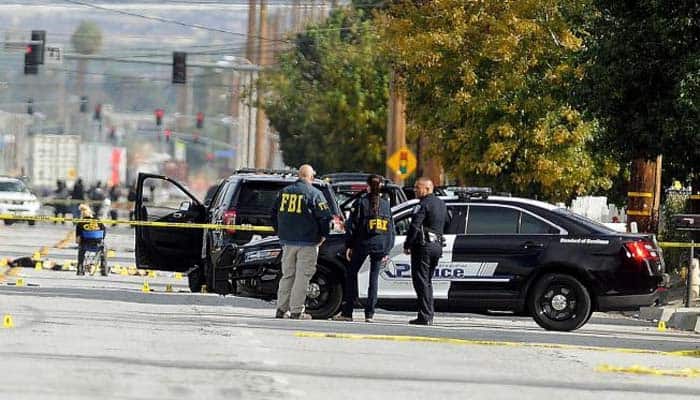 Washington: US investigators are looking into the California shooters` financial transactions leading up to the attack last week, including a USD 28,500 loan, a source close to the investigation said Tuesday.

He then made a withdrawal of USD 10,000 around November 20 in San Bernardino, the city of some 200,000 people where he and his wife carried out the deadly attack approximately two weeks later.

According to Fox News, investigators are trying to determine whether the USD 10,000 withdrawal from Union Bank was used to pay Enrique Marquez, a friend of Farook who bought the two AR-15 automatic weapons used in the bloodbath.

If so, Marquez could face prosecution, particularly if he made the illegal modifications found on the weapons, Fox said.

Additionally, in the days leading up to the massacre, there were at least three transfers of USD 5,000 into the account of Farook`s mother, Rafia.

Farook, 28, and his Pakistan-born wife Tashfeen Malik, 29, had been radicalized "for quite some time" before carrying out the shooting, according to the FBI.

The couple left their baby daughter with her grandmother on Wednesday before heading to the Inland Regional Center where some of Farook`s colleagues had gathered for a year-end party.

The couple opened fire, killing 14 and wounding 21 others. They died hours later in a firefight with police.US investigators say they are examining a Facebook posting in which Malik is believed to have pledged allegiance to IS chief al-Baghdadi, made around the time of the attack.

However CNN, citing a US official, said that the final Facebook post used the word "we," indicating that the declaration of allegiance came from both Farook and Malik.

US-born Farook was a health inspector for San Bernardino County earning $53,000 a year, according to Fox News.

Farook had good credit that facilitated his loan, the source close to the case told AFP.

Meanwhile, the Utah-based online bank that financed the loan, WebBank.com, said it was prohibited from "commenting on any specific loan borrowers or applicants."

"WebBank evaluates all loan applications in accordance with legal requirements, including US anti-terrorism and anti-money-laundering laws," it added.

Prosper Marketplace also said its loans were "subject to all identity verification and screening procedures required by law."

The New York Post reported that Farook`s father has been placed on an FBI watch list due to his son`s activities and his own personal links to Pakistan.

According to the paper, Farook`s father, who shares the same name as his son, arrived in the United States in 1972 and obtained US citizenship in 1999.

Cuba returns US fugitive in sign of renewed diplomacy