Skywatchers' delight: When and how to watch the dazzling Geminids meteor shower!

As Geminids meteor shower light up the sky in December, skywatchers around the globe have been treated to yet another stunning astronomical event this month. 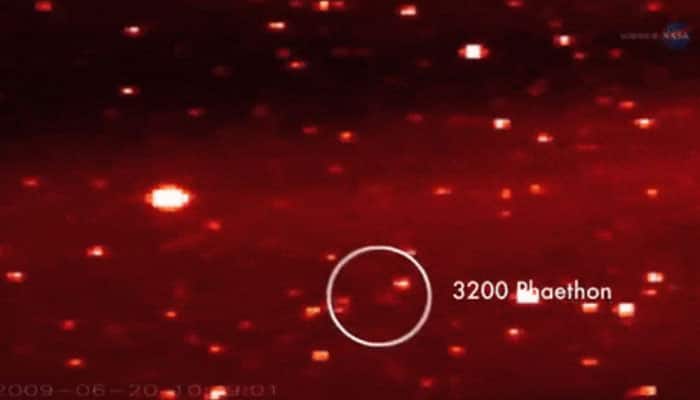 New Delhi: As Geminids meteor shower light up the sky in December, skywatchers around the globe have been treated to yet another stunning astronomical event this month.

According to NASA, the 2015 Geminids will be at its peak during daylight on December 14 across the United States but will still offer good meteor rates the night before and the night after (starting at 9-10 p.m.) through the early morning hours of 13-14 and 14-15 of December. The near new moon will not interfere with observing on either night.

In India, the Geminid meteor shower reach its peak on the nights of December 13 and 14.

And the best hours to watch the meteor shower in India is from 9 pm to 4 am on both dates, as per spacedex.com.

How to watch the Geminid meteor shower!

The Geminid meteor shower can be seen by anyone without any special equipment. All you need to do is find a dark spot with a clear view of the sky. But, one might be able to see up to 60 meteors an hour under clear skies and away from the city's light pollution.

To get the best view of it, you need to have some patience. Look up to the sky and allow your eyes to adjust to the darkness of the night sky for about half an hour. After this, you'll begin to see the meteors.

Here are a few fun facts about the Geminid meteor shower:

Narottam Mishra's big statement on the entry of Muslims in Garba