Must watch – What would happen if an asteroid hit the Earth today!

Although the Earth is constantly being hit with with asteroids that entered and disintegrated in its atmosphere, life has survived the impact and lived through each crisis today. 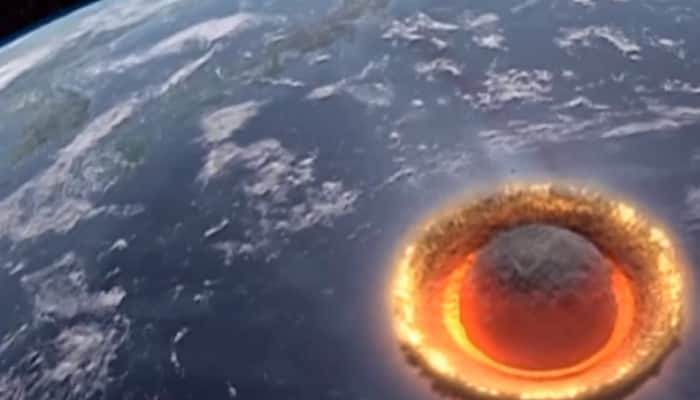 New Delhi: Earth, our home, as we know has been hit by a number of asteroids and comets in the past, causing cataclysmic damage many times. Although the Earth is constantly being hit with with asteroids that entered and disintegrated in its atmosphere, life has survived the impact and lived through each crisis today.

While most don’t make it through the atmosphere, but some like the 'Chelyabinsk meteorite crash' in Russia in 2013, was a considerable force injuring hundreds of people.

Here's a simulation video by the Discovery Channel that shows and explains in detail with visual scenario what would happen if a larger asteroid hit the Earth today.

In the video, an asteroid with a diameter of 500 km was seen hurling towards the Earth with the Pacific Ocean as its destination. It shows that the impact of the asteroid peels the 10 km crust off the surface, and the shockwave travels at hypersonic speeds.

As per the video description, debris is blasted across into low Earth orbit, and returns to destroy the surface of the Earth. Finally, the firestorm encircling the Earth, vapourizing all life in its way.

After Ramcharit Manas, now Swami Prasad Maurya give a controversial statement regarding saints

Zelensky ask for a plane with 'Pakistan', Will Ukraine's tank army prove to be suicidal?

Firing during idol immerse in Patna, stone pelting in many cities of Jharkhand as well