Mars Opposition on May 22, 2016: How to view as planet appears at its brightest in over a decade!

On Sunday, May 22, Mars, Earth and the sun will all line up, with Earth directly in the middle. 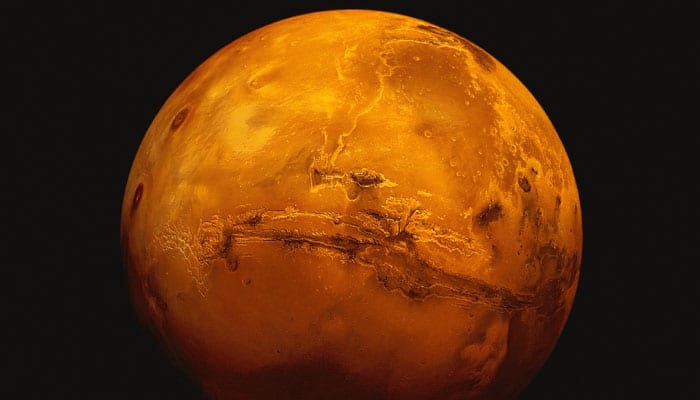 New Delhi: Skywatchers will be treated to another astronomical event, which astronomers call an opposition of Mars, this weekend, providing an apportunity to explore the Red Planet.

On Sunday, May 22, Mars, Earth and the sun will all line up, with Earth directly in the middle. During this time, Mars will appear at its biggest and brightest in more than a decade. On the day of Mars opposition, Mars shines some 7 times brighter than Saturn, and some 17 times more brilliantly than the red star Antares.

According to NASA, Mars rises after the sun sets during this time. The best time to see Mars at its brightest is when it is highest in the sky, around midnight in May and a little earlier in June.

How to view opposition of the Red Planet!

Eight days later on May 30, Mars and Earth are nearest to each other in their orbits around the sun, explains NASA. Mars is over half a million miles closer to Earth at closest approach than at opposition. Although skygazers won’t see much change in the diameter and brightness between these two dates, Mars appears larger and larger and brighter as it comes close to Earth in its orbit.

In case you miss this 2016 Mars' close approach, you'll have to wait until 2018, which will be even better and closer.

Narottam Mishra's big statement on the entry of Muslims in Garba