Researchers have created electrodes from a species of wild fungus called Tyromyces fissilis. 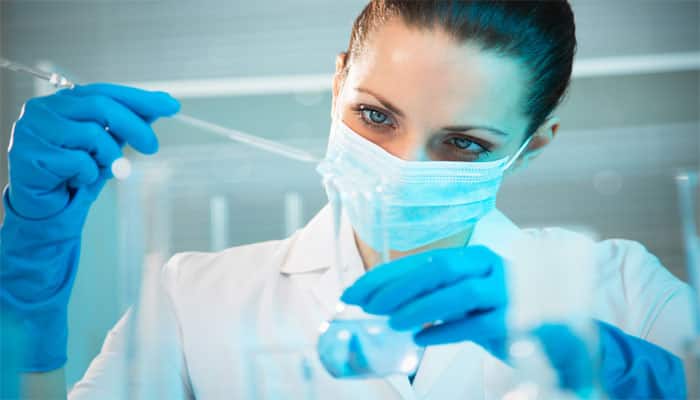 Washington: Carbon fibres derived from a type of wild mushroom can be used to make anodes that outperform conventional graphite electrodes in lithium-ion batteries, scientists, including one of Indian-origin, have found.

Researchers have created electrodes from a species of wild fungus called Tyromyces fissilis.

"Current state-of-the-art lithium-ion batteries must be improved in both energy density and power output in order to meet the future energy storage demand in electric vehicles and grid energy-storage technologies," said Vilas Pol, associate professor at Purdue University in US.

Batteries have two electrodes, called anode and cathode. Graphite anodes are used in most lithium-ion batteries.

Lithium ions are contained in a liquid called an electrolyte, and these ions are stored in the anode during recharging.

"Both the carbon fibres and cobalt oxide particles are electrochemically active, so your capacity number goes higher because they both participate," Pol said.

The hybrid anodes have a stable capacity of 530 milliamp hours per gramme, which is one and a half times greater than graphite's capacity.

One approach for improving battery performance is to modify carbon fibres by attaching certain metals, alloys or metal oxides that allow for increased storage of lithium during recharging.

Tang got the idea of tapping fungi for raw materials while researching alternative sources for carbon fibres.

He decided to study the potential of a mushroom as a source for carbon fibres.

"I was curious about the structure so I cut it open and found that it has very interesting properties," Tang said.

"It's very rubbery and yet very tough at the same time. Most interestingly, when I cut it open it has a very fibrous network structure," he said.

Comparisons with other fungi showed the Tyromyces fissilis was especially abundant in fibres.
The fibres are processed under high temperatures in a chamber containing argon gas using a procedure called pyrolysis, yielding pure carbon in the original shape of the fungus fibres.

The fibres have a disordered arrangement and intertwine like spaghetti noodles. They form a conductive interconnected network, Pol said.

The research was published in the journal Sustainable Chemistry and Engineering.

From being born in Old Delhi to raging the Kargil war, the rise and fall of Parvez Musharraf

Earthquake In Turkey: Heavy devastation in Turkey due to earthquake, 15 killed so far. Latest Hindi News