Jawaharlal Nehru University Students Union president Kanhaiya Kumar 's speech has not only earned him sedition charges but also threats to his life. 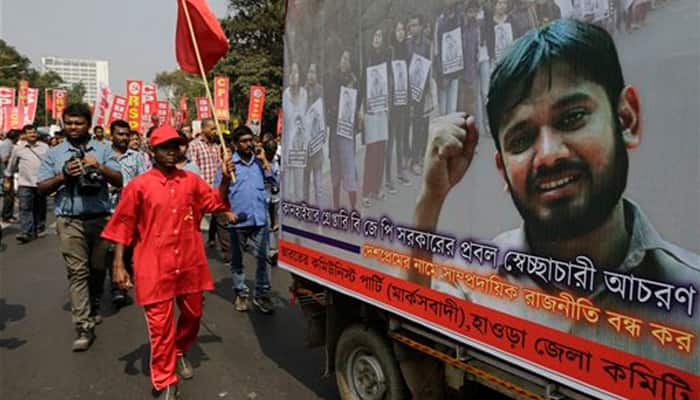 A few posters have appeared near the Delhi Press Club, offering Rs 11 lakh reward for shooting Kanhaiya down.

Meanwhile, a Bharatiya Janata Yuva Morcha (BJYM) leader has announced a prize money of Rs 5 lakh for cutting off the tongue of Kanhaiya Kumar.

Kuldeep Varshney, the BJYM district president, Budaun district, Uttar Pradesh, has reportedly been expelled by the BJP for six years.

Condemning the February 9 event on the campus where anti-national slogans were raised, Kanhaiya said: "We strongly condemn what happened at the university on February 9. It's for the court to decide if that was 'raaj droh' (sedition) or not. We've full faith in the judiciary and the constitution."

Congress should be ashamed of Rahul Gandhi's support to 'anti-nationals' in JNU: Amit Shah

Forced Conversion: CM Yogi's warning on illegal conversion, said will not spare those who convert

Budget 2023: President Droupadi Murmu narrated the blueprint of the Modi government in the Parliament. Hindi news

Government has taken several steps for the North East and our border areas: President Draupadi Murmu