Kiren Rijiju on Monday said Chidambaram's statement that banning Salman Rushdie's book 'The Satanic Verses' was a mistake has punctured the Congress stand on the controversial issue. 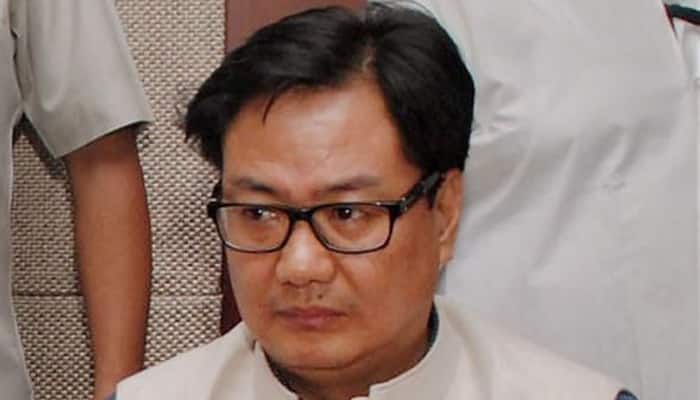 "The atmosphere of intolerance created by Congress was punctured by Chidambaram even before the discussion," he told reporters as Lok Sabha took up the issue for debate.

Rijiju, Union Minister of State for Home, said it has now proved that Congress has made a mistake by levelling the allegations that there was an atmosphere of "intolerance".

"Congress itself is an intolerant party. Chidambaram has proved this," he said.

Twenty-seven years after the then Rajiv Gandhi government banned Rushdie's controversial novel, Chidambaram had said on Saturday that it was "wrong."

"I have no hesitation in saying that the ban on Salman Rushdie's book was wrong," Chidambaram, who was a Minister of State for Home under the then Prime Minister Rajiv Gandhi when the ban was imposed in October 1988, said speaking at a Literary Festival here.

Gujarat Exit Poll 2022: Which party will get the most seats in Gujarat elections?

DNA: When STD service of telephone started in 1958

Delhi MCD Exit Poll: Which age group of voters voted the most for AAP?