Trump also says he could scrap the North American Free Trade Agreement that took effect in Mexico, the United States and Canada in 1994, and he has threatened to impose tariffs of up to 35 percent on Mexican-made goods to help US industry. 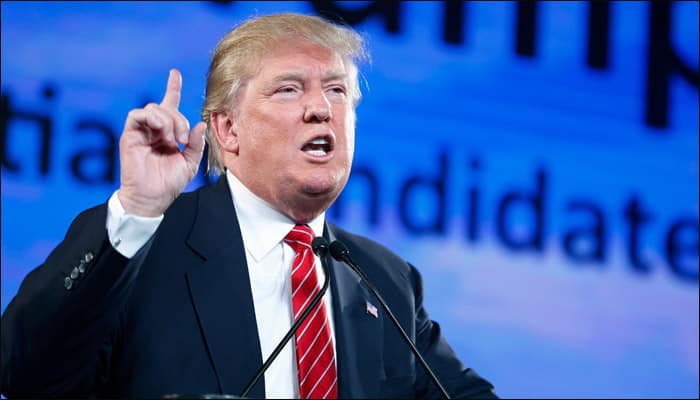 Washington: US President-elect Donald Trump may try to improve ties with Russia, tear up trade deals with Mexico and Pacific nations and abandon U.S. allies in Europe and Asia if they don`t spend more on their own defense - or, he may not.

Foreign governments are uncertain how much of Trump`s rhetoric will be translated into policy because he has frequently made contradictory statements and provided few details of how he would deal with the world or who he would appoint to key posts.

French Foreign Minister Jean-Marc Ayrault pledged to work with Trump but said his personality "raised questions" and he admitted to being unsure what a Trump presidency would mean for key foreign policy challenges, from climate change and the West`s nuclear deal with Iran to the war in Syria.

Trump, who has no foreign affairs or military experience, will confront the absence of a national or even Republican political consensus on how to deal with Syria, the Islamic State militant group, the rise of China and a newly assertive Russia.

"This is virtual terra incognita," said Aaron David Miller, a Middle East negotiator who served Democratic and Republican presidents and is now with the Woodrow Wilson Center for Scholars in Washington.

"The biggest danger of a Trump presidency is the unpredictability and sheer lack of stability that our allies and adversaries would feel, and he turns that into a virtue by saying that he wants to be unpredictable," he said.

Among the names said to be in consideration for top national security jobs in a Trump administration are former House of Representatives Speaker Newt Gingrich and one-time United Nations ambassador John Bolton for secretary of state, and General Michael Flynn, a former head of the Defense Intelligence Agency, for national security adviser.A Republican foreign policy expert who has occasionally counseled Trump, cautioned that he is more likely to make his own decisions and impulses than to follow the advice of his aides.

Many top Republicans have publicly repudiated him, and a number of professional diplomats, intelligence and military officers have privately said they would retire if Trump wins.

"If he does everything he says he`s going to do, we can kiss goodbye our leadership role in the world," former CIA deputy director John McLaughlin told Reuters. "So let`s hope he doesn`t mean it or that someone talks him out of it."

GETTING ALONG WITH RUSSIA?

Trump has adopted an open-minded stance toward Putin, whom many current and former U.S. officials consider an autocrat bent on suppressing dissent at home while bullying his neighbors and projecting Russia`s power abroad.

James Dobbins, a former U.S. diplomat now at the Rand Corp., said he would not be surprised to see an effort to "reset" U.S. relations with Russia.

Trump has taken a more aggressive tone toward China, threatening to slap tariffs on Chinese products to show Beijing the United States is "not playing games anymore" when it comes to leveling the field on trade.

China`s Foreign Ministry said on Wednesday it would work with Trump to ensure the steady development of bilateral ties.

Trump also says he could scrap the North American Free Trade Agreement that took effect in Mexico, the United States and Canada in 1994, and he has threatened to impose tariffs of up to 35 percent on Mexican-made goods to help US industry.

Trump has taken aim at the Trans-Pacific Partnership trade deal championed by President Barack Obama, calling it a "death blow" for American manufacturing.

Trump has also floated the idea of abandoning NATO`s guarantee of mutual defense, suggesting that the United States would help defend other NATO members such as the Baltic states only if they had "fulfilled their obligations to us."

Asked in March if he would object if Japan or South Korea developed their own nuclear weapons, Trump told the New York Times there might come a time that the United States could not protect them as it has in the past and they might need to develop their own arsenals.

Both positions violate bedrock principles of U.S. foreign policy that have stood for decades: that an attack on one NATO member would be regarded as an attack on all and that the proliferation of nuclear weapons is to be avoided at all costs.

Jon Alterman, the head of the Middle East program at the Center for Strategic and International Studies think tank in Washington, said Trump`s predilection for keeping other nations guessing could itself be a source of instability.

"Countries may feel more at risk and maybe less conflict-averse if they feel they have to protect themselves," he said.

Robert Zoellick, a former deputy secretary of state who in May signed a letter saying Trump "would be the most reckless president on American history," suggested that Trump`s temperament could lead to unexpected outcomes.

"No one knows how Mr. Trump`s vanity will respond if a foreign counterpart diminishes him," he wrote in the Financial Times last month.

Swami Prasad got angry on those who threatened him

DNA: This time's budget will bring happiness or sorrow?

DNA: For the first time in the history of cricket 'online' coach

DNA: When Shrikrishna Singh, the first CM of Bihar died in 1961

DNA: Historians will get evidence of Mahabharata

Kasam Samvidhan Ki: Pakistan is dying its own death?

Deshhit: After all, what will happen for women in the budget of the Modi government?