The actor takes his athleisure game a notch up with some uber-cool pant-suit and sneakers combinations. Check here to see the style game of this underrated Kapoor.

Bollywood actor Harsh Varrdhan Kapoor has a great style sense and is dapper looking. Despite giving an amazing performance in more than one movie like Thar and Bhavesh Joshi this Kapoor is away from the limelight. Yet the actor continues to be sincere to his craft and his effortless style and at times "too comfortable" for a movie star, as many say.

Harsh Varrdhan Kapoor is the youngest of actor Anil Kapoor's three children, Sonam and Rhea and fashion is a subject in which all three siblings excel.

His innate love for sneakers and his sense of fashion leads him to don very creative pieces like Greg Lauren and Amiri.

Harsh Varrdhan keeps it simple streetwear which makes it a practical fashion, something we all can take inspiration from.

In this particular article, the combination of pantsuits with casual shoes and sneakers is highlighted to a point where blazers are no longer restricted to formal wear. 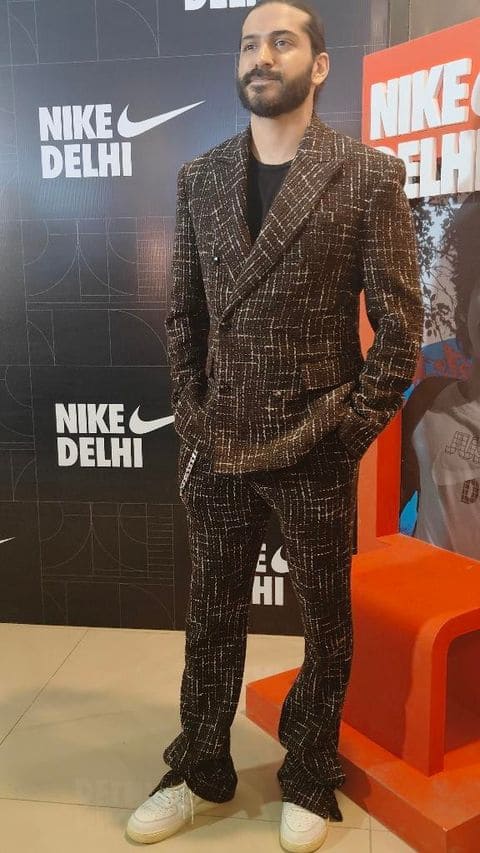 Also Read: OG is back! Sonam Kapoor flaunts her A-game at a store launch in Delhi

At a recent shoe store launch in Delhi, attended by Sonam Kapoor Ahuja and husband Anand Ahuja along with Harsh Varrdhan Kapoor made fashion news with more and more Gen Z drawing inspiration from his fashion A-game.