You V YouTube series has been filmed virtually, enabling the contestants and creators to participate in it from the safety of their homes.

Are people becoming weary of binge-watching TV shows and web series mindlessly during weekends? Are they beginning to love having their brains picked and taken for a good jog? It certainly appears so, going by the millions of views You V YouTube episodes are acquiring week after week. The numbers speak for themselves! When you stand to gain precious bits of knowledge on a wide array of subjects from veterans and have enormous fun along the way, isn’t it a great way to spend time on your weekends? “Absolutely!”, agree the makers and viewers of this hugely popular quiz programme, in unison.

A YouTube Originals show, produced by Fremantle, You V YouTube was launched on 9th October, 2021 and its new episodes are streamed every Saturday and Sunday at 7pm. The show has garnered millions of viewers because of its distinctive format of presenting the viewers with equal doses of learning and excitement. What makes it so popular? Well, for starters, it is the baap of all quiz shows and offers fun, entertainment and knowledge plentifully. It is hosted by Gaurav Kapur, the celebrity Indian television presenter, who is a household name throughout the country as the host of Extraa Innings T20, the pre-match cricket show of Indian Premier League (IPL).

If you haven’t watched the show already, here’s how it goes. The shortlisted candidates turned challengers must answer ten questions across ten different subjects for an opportunity to win over ten lakh rupees. Who asks those ten questions? It is the creative bench composed of twelve veterans who are experts in their own fields and are popular YouTubers themselves, with huge fan following. These subject matter experts are: Ganesh Pai (Math), Roshni Mukherjee (Science), Gaurav Chaudhary (Technology), Arun Krishnamurthy (Environment), Gaurav Garg (General Knowledge), Ceema Picardo (English Language & Literature), Nidhi Mohan (Health & Wellness), Reena D’Souza (Sports), Ranveer Brar (Food), Rachana Ranade (Finance) and Tanya Khanijow (Travel). While the first nine of them are permanent creators of the show, shooting the first nine questions at contestants, Ranveer, Rachana and Tanya are the guest creators who will be on rotation with one of them wielding the tenth question on the “wildcard” topic of that episode. 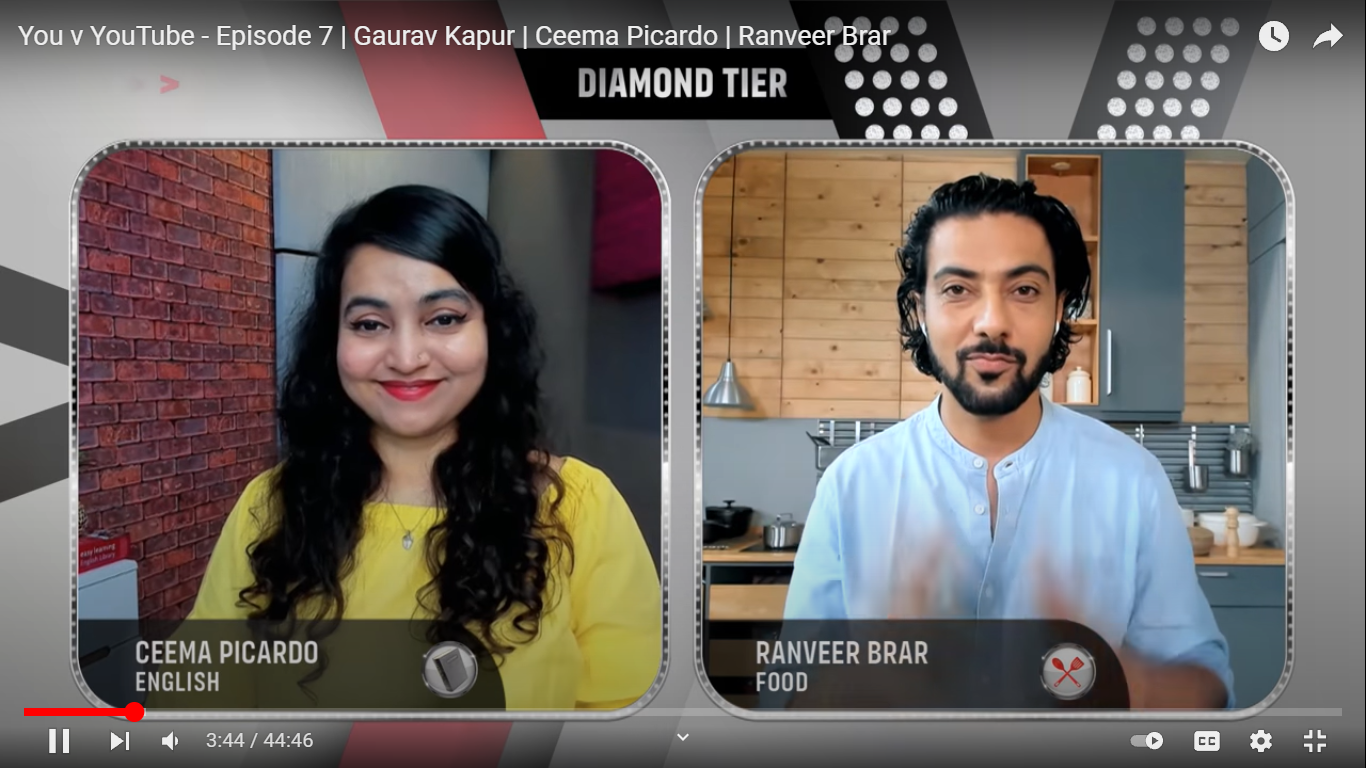 The show is a riveting battle of wits and intellect between the contestants and the quizmasters with the prize money doubling with every question. And Gaurav, without sparing anyone, pulls their legs playfully, leaving the viewers in splits. There are plenty of nail-biting moments in the show, with the contestants struggling to choose the right answers, eliminate the wrong ones, trying to use logic and oftentimes totally abandoning it! But what makes it extremely appealing to the viewers is, the creators don't just pose their questions at contestants but also explain the trivia and context behind them, turning them into wholesome nuggets of information. 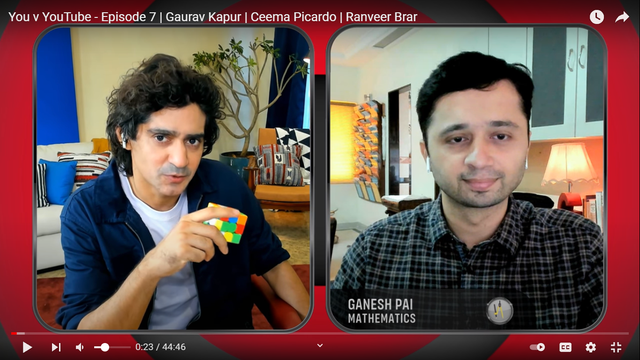 Ganesh Pai, the math expert, places special emphasis on making mathematics an enjoyable subject by sharing numerous tips and tricks to decipher the sums. Roshni strives to make people apply the concepts of science beyond classrooms, in their daily lives. Gaurav Garg is a dentist by qualification and an educator by passion. He has been helping millions of students every year to prepare for competitive exams. Arun, the environmentalist, is one of the 40 under 40 leaders and a crusader who has tirelessly worked towards restoring hundreds of lakes and ponds across the country. Ceema is a phonology expert and helps her students with right pronunciations. Gaurav Kapur, the host and presenter of the show expresses his excitement at sharing the platform with these experts and says that every day on this show is a learning and enriching experience for him. 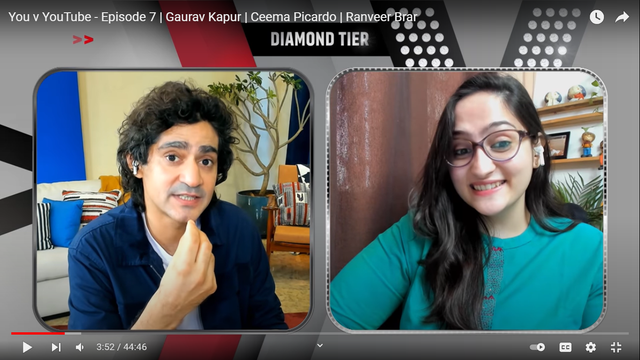 The entire series of You V YouTube has been filmed virtually, enabling the contestants and creators to participate in it from the safety of their homes. Fremantle, the maker of the show, is very proud of achieving this feat. It has also undertaken the noble initiative of contributing an amount equivalent to that earned during an episode, to COVID Relief Care. Therefore, As Gaurav sums it up beautifully, the contestants on this show play not just for themselves, but for the country as well.

Hey, have you ever had someone yell “You have raised my emotional barometer!” to you and wondered what on earth that meant? Have you known that there is a country on the world map that is actually named after the Sanskrit word for lion? Or why are turtles called the indicator species? Well, you can find your answers right here on this show. Whoever said learning can’t be fun has just not yet watched You V YouTube!

Do watch the shows of the series on YouTube and catch up with its latest episodes this weekend at 7pm. youtube.com/youvyoutube