New Delhi: Prime Minister Narendra Modi meet Pope Francis at the Vatican on Saturday (October 30) and discussed issues covering a range of areas of interest, including COVID-19, fighting poverty and climate change. It was the first-ever one-to-one meeting between PM Modi and Pope Francis and the first by an Indian PM with the head of the Catholic Church in nearly 20 years.

As per sources, the meeting between PM Modi and Pope Francis was scheduled only for 20 minutes but it went on for an hour. PM Modi gifted the Pope a silver candlestick and a book - The Climate Climb: India's strategy, actions and achievements on the commitment to the environment.

While, the Pope gifted a bronze plaque with the inscription “The desert will become a garden”, volumes of papal documents with his message for World Day of Peace and the document on Human Fraternity, signed on February 4 of 2019 in Abu Dhabi by the Pope and the Grand Imam of Al-Azhar. 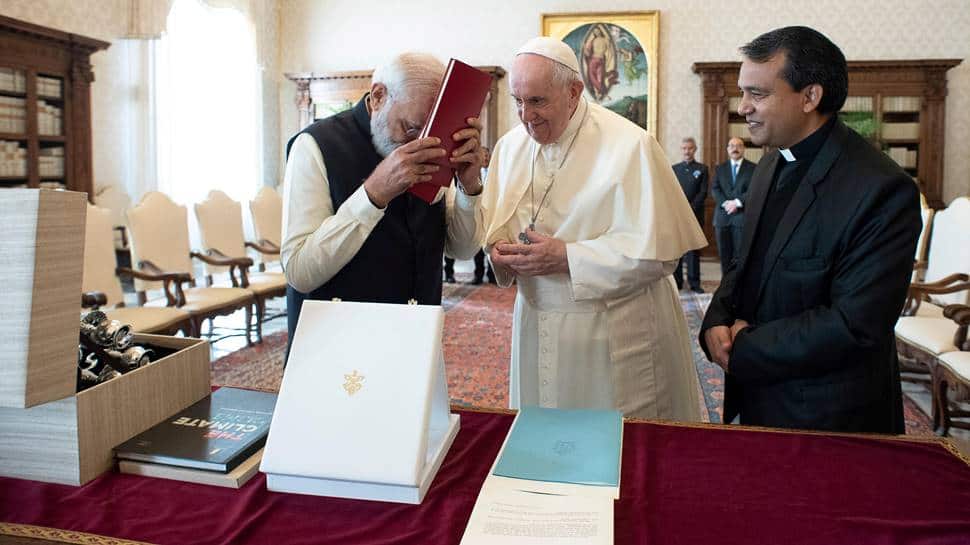 PM Modi described his visit as a "very warm meeting" and he also invited the Pontiff to visit India at an early date.

Had a very warm meeting with Pope Francis. I had the opportunity to discuss a wide range of issues with him and also invited him to visit India. @Pontifex pic.twitter.com/QP0If1uJAC — Narendra Modi (@narendramodi) October 30, 2021

The Vatican’s secretary of state said “the cordial relations between the Holy See and India were discussed”. Though, the Vatican’s official communique has made no mention of the invitation.

Following the meeting with Pope, the prime minister then headed for the Group of 20 (G20) Summit. The PM arrived in Italy on Friday (October 29) to participate in the two-day G20 Summit. This summit will be the eighth G20 Summit attended by Modi.