PM Modi invites Pope Francis to India, look back at his address to Christian community

Prime Minister Narendra Modi invites Pope Francis to India, here are some of the PM's speeches addressing the Christian Community in India.

New Delhi: After Prime Minister Narendra Modi's meet with Pope Francis at the Vatican City on Saturday, the Christian community in India are elated. This was a first such meeting by PM Modi with the head of the Catholic Church in nearly 20 years. PM Modi invited the Pontiff to visit India at an early date which would be the first papal visit to India since 1999.

Here are some of PM Modi's speeches addressing the Christian Community in India.

In February 2015, PM addressed the National Celebration of the Elevation to Sainthood of Blessed Kuriakose Elias Chavara and Blessed Mother Euphrasia.

Mention about Georgia and relics in Mann Ki Baat - July 2021:

A few days back a very interesting and very emotional event occurred, which imparted new strength to India-Georgia friendship. In this ceremony, India handed over the Holy Relic or icon of Saint Queen Ketevan to the Government of Georgia and the people there, for this mission our Foreign Minister himself went there. The ceremony, which took place in a very emotionally charged atmosphere, was attended by the President of Georgia, the Prime Minister, many religious leaders, and a large number of Georgians.

The words that were said in praise of India in this ceremony are indeed very memorable. This single ceremony has not only strengthened the relations between the two nations but as well as between Goa and Georgia. This is because these holy relics of Saint Queen Ketevan were found in 2005 from Saint Augustine Church in Goa.

Friends, the question arising in your mind must be…what is this matter all about and when and how did this happen? Actually, this is an incident about four to five hundred years ago. Queen Ketevan was the daughter of the royal family of Georgia. In 1624 after ten years of imprisonment she was martyred. According to an ancient Portuguese document, the mortal remains of Saint Queen Ketevan were kept in the Saint Augustine Convent of Old Goa. But, for a long time it was believed that her remains buried in Goa were lost in the earthquake of 1930.

After decades of tireless efforts by the Indian government and Georgia's historians, researchers, archaeologists and the Georgian Church, the relics were successfully discovered in 2005. This is an extremely emotional topic for the people of Georgia. That is why keeping in mind their historical, religious and spiritual sentiments, the Government of India decided to gift a part of these relics to the people of Georgia. Today, I would like to thank the people of Goa for preserving this unique side of the shared history of India and Georgia. Goa has been the land of many a great spiritual heritage. Saint Augustine Church is a UNESCO's World Heritage Site – a part of the Churches and Convents of Goa.

My dear brothers and sisters, it is a matter of great providence that our India has been the birthplace and work-place of extraordinary denizens, who spent all their lives, not for themselves, but for the good of the society.

Our Mother India, our country is a bountiful land! Many gems of human beings took birth here. India has not only been the birthplace of such extraordinary people, but also the land of their karma. And these are the people who have spent themselves in service of others. One such illustrious Indian is being honoured in Vatican City on 13th October. It is a matter of pride for every Indian that, on the coming 13thOctober, His Holiness Pope Francis will declare Sister MariamThresia a saint. Sister Mariam Thresia, in her short lifespan of 50 years, worked for the good of humanity becoming a noble example for the entire world. Whatever task Sister Mariam Thresia undertook and accomplished, she did so with utmost dedication and devotion.She rendered service in the fields of education and social service. She had built many schools, hostels and orphanages, and throughout her life, remained devoted to this cause.

She founded the Congregation of the Sisters of the Holy Family which is still continuing on the path of her life’s philosophy and mission. I once again pay heartfelt tributes to Sister MariamThresia and congratulate the citizens of India, and especially our Christian brothers and sisters, for this achievement.

The Son of Man has come, not to be served
But to serve’
And to give his life, as blessing
To all humankind.
This conveys the immense significance attached to the sanctity of service.

My fellow countrymen, Namaskar, many felicitations and season’s greetings to you on the occasion of Christmas. Today is the day to give importance in our lives to service, sacrifice and compassion. Jesus had said - “The poor do not need our favours but our acceptance with affection.”

In the Gospel According to Saint Luke, it is written that – “Jesus not only served the poor but also praised the service done by the poor,” and this is what real empowerment is. A tale associated with this incident is also very popular. It has been mentioned in that story that Jesus was standing near the treasury of a temple; many rich people came and donated bountifully; then a poor widow came and parted with only two copper coins. Now just two copper coins really do not amount to much. Thus it was natural that there was a lot of curiosity in the minds of the disciples gathered there. Then, Jesus declared that the widow was the greatest of those donors because while the others had donated substantially, that widow had given away all she possessed. 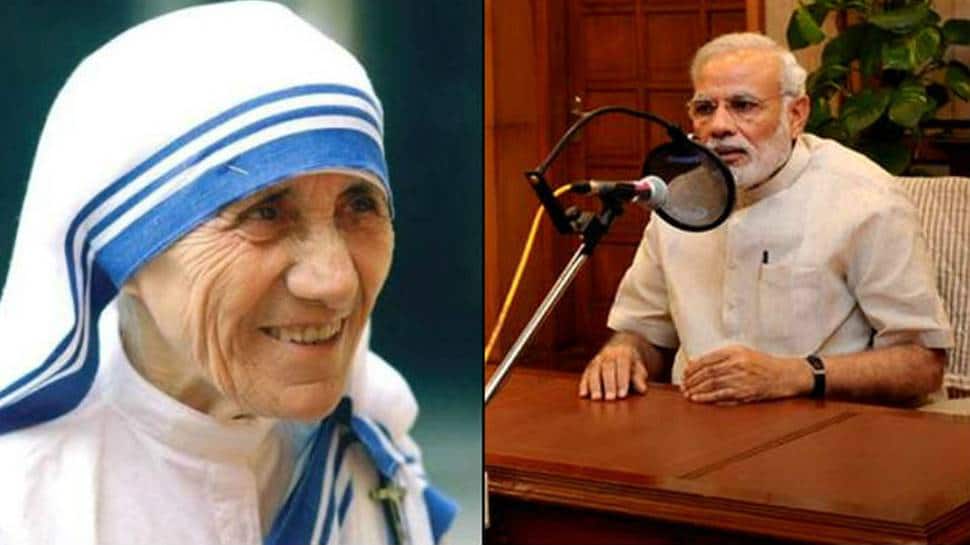 On Sainthood of Mother Teresa in Mann Ki Baat - Aug 2016:

Though she was born in Albania and her mother tongue was not English, yet she transformed her life and did everything to be able to serve the poor.

When Mother Teresa, who served the poor in India all through her life, is accorded Sainthood, it is quite natural for we Indians to feel proud. Indian government will send an official delegation under the leadership of our External Affairs Minister Sushma Swaraj to represent 125 crore Indians at the canonization ceremony to be held on 4th September.

We keep learning something or the other from great men and women, saints, sages, holy people. We shall continue to receive something, learn something from them and keep on doing some good things.

When Prem Kumar’s father Anthony picked up the phone, the Prime Minister himself was on the line.

“My father cannot speak English. So my sister Elizabeth took the call. Mr Modi said that your brother is alive, safe, and is returning to India. Are you happy, he asked, to which my sister said yes,” John Joseph, the brother of Father Prem Kumar said, as he waited along with his father and sister at Chennai airport to board a flight to Delhi on Sunday evening.

“He will be back in India, you continue to pray, he (Modi) said,” John said. “This was the call we have been waiting for every day. So when it actually happened, we could not believe it. I am thankful to God that my brother is safe, and is returning.”

Father Tom Uzhunnalil, who spent 18 months in the captivity of Islamic State, met Prime Minister Narendra Modi on Thursday, shortly after his return to India.

Special Visit to Church in Colombo in 2019:

In 2019, PM Narendra Modi began his Sri Lanka visit by paying his respects at one of the sites of the horrific Easter Sunday Attack, St. Anthony's Shrine, Kochchikade. 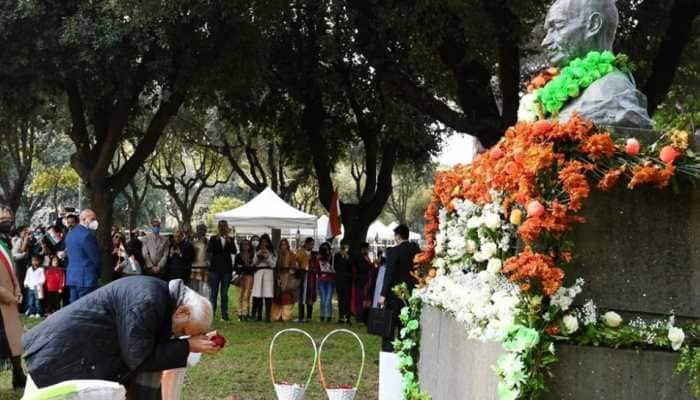 Modi's tribute to the Mahatma at Piazza Gandhi in Rome 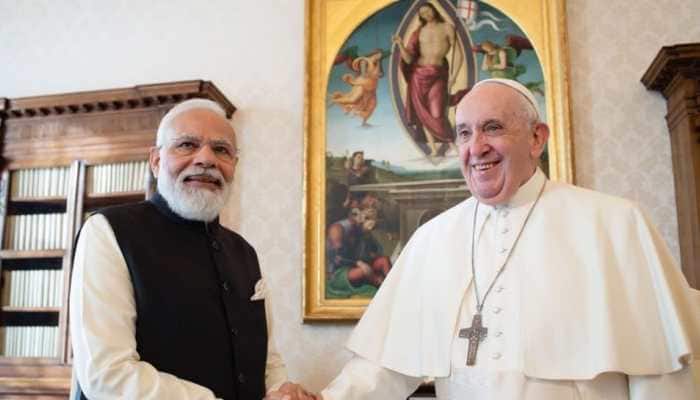 Calling on Pope Francis at the Vatican 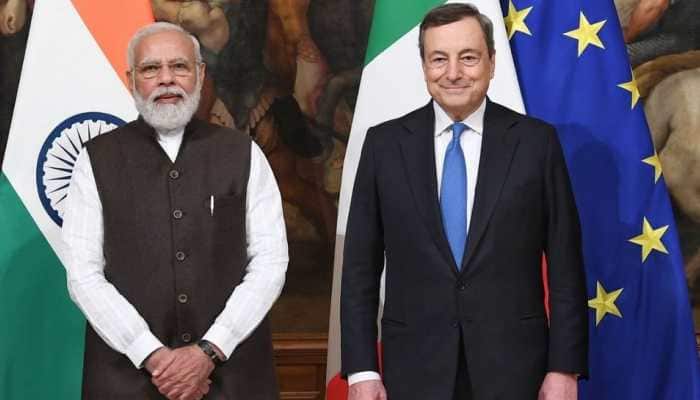 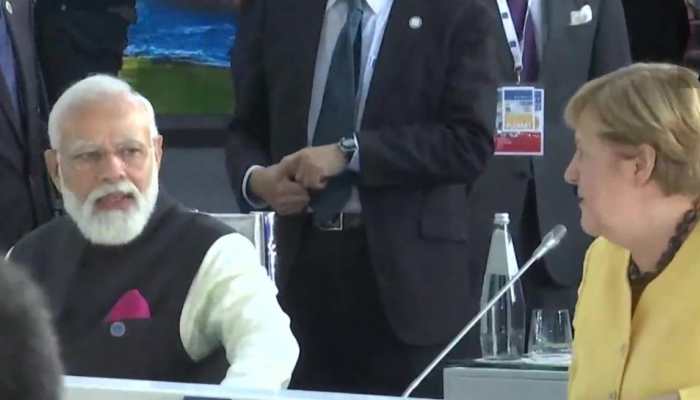 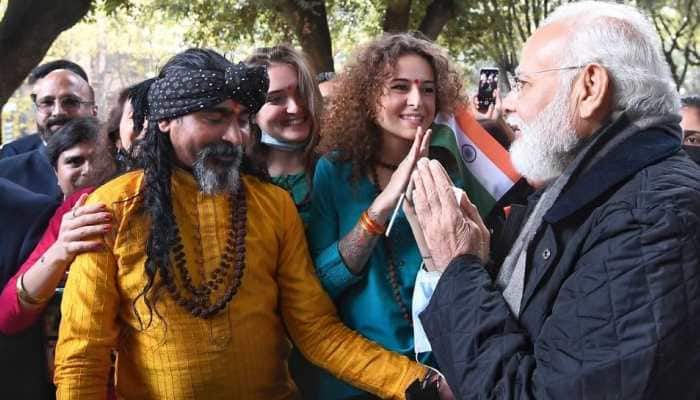 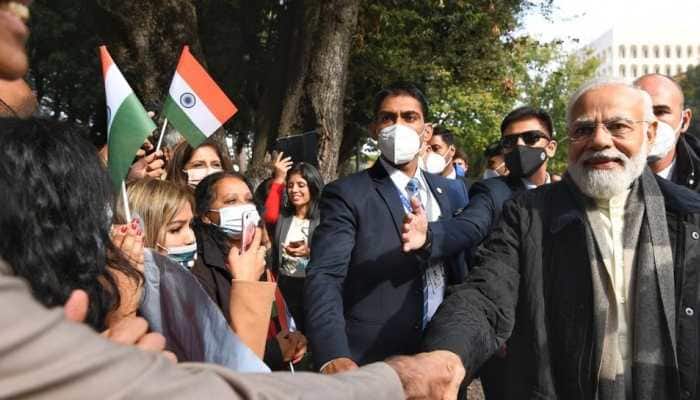 The Indian community greets the PM 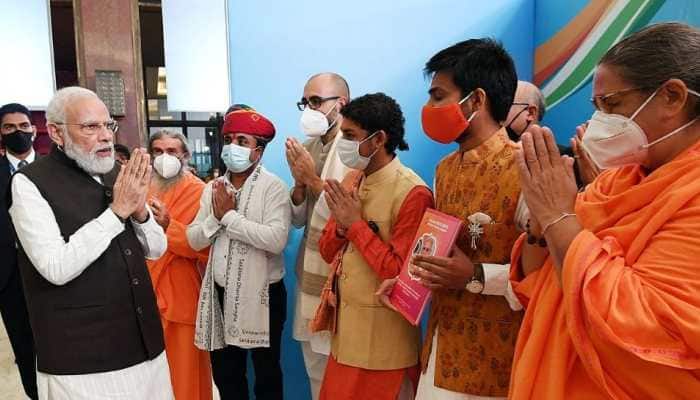