NIT Calicut students mobilized in huge numbers to protest after a former student of the university Agin S Dileep named the institution's director in his suicide note. Read to know more about the case.

Agin S Dileep who was studying B. Design at LPU in Mohali, Punjab was found dead on Tuesday around 5:30 pm in his hostel room. He had left a suicide note which was recovered in the initial probe. He was earlier studying B. Tech Computer Science at NIT Calicut from 2018 to 2022.

Agin, in his suicide note, accused the director of NIT Calicut of ‘emotional manipulation’, forcing him to quit the B. Tech Computer Science course, and named him as one of the reasons behind the extreme step as per reports. The note also said he was mentally disturbed over the alleged problems faced at the NIT, during his days at the institute. Protests broke out at NIT Calicut on Wednesday continuing till the next day as angry students demanded the NIT director step down from his position until the police investigation is complete.

A student from NIT studying B. Tech Mechanical Engineering and a friend of Agin, on the condition of anonymity, told Zee News that there were several rounds of negotiations between the protesting students and the university administration during which the students demanded the professor take a break from his duties for a fair investigation. The protests at the institute went on for 12 hours while the negotiations were going on. 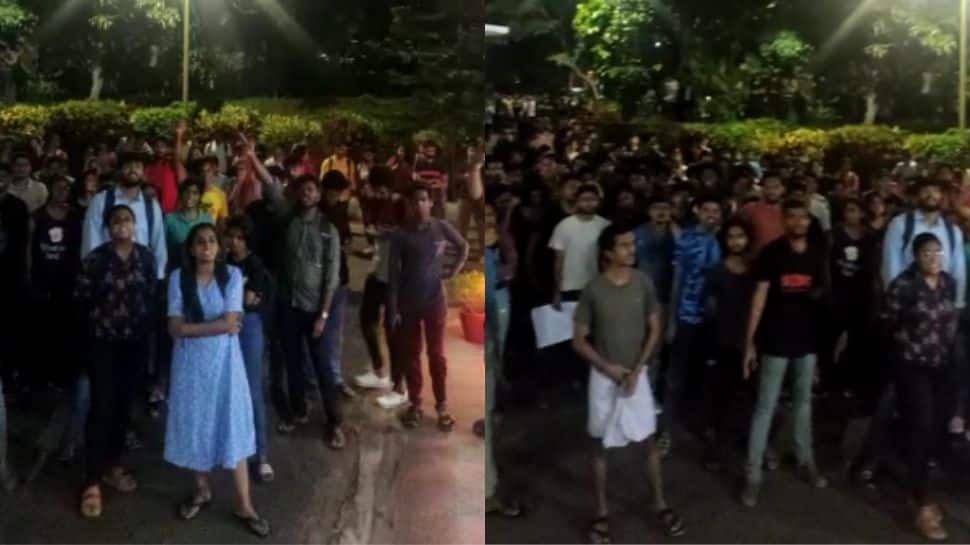 Agin's friend revealed to Zee News that the deceased student had met the director with a plan to complete the course including his backlogs in the remaining two years. However, it was reportedly not accepted by the university. The maximum duration given for completing the four-year B. Tech course is 6 years as per university rules.

In a statement shared on NIT Calicut’s official website, Prof. Prasad Krishna condoled the death of the institute’s former student.

In addition, he wrote, “Mr. Agin met me in my office to discuss the issue. At that time, two more faculty members were also present there. I have briefed him about the B.Tech regulations by which he has already utilized the maximum possible number of chances for clearing the first year and second year courses. At that time, Agin told me that he was actually interested in doing a different education programme on ‘Design’ and not interested to pursue Computer Science and Engineering Programme. I have earnestly advised him to pursue his passion, if he wishes so. The conversation was extremely cordial as witnessed by our other two faculty colleagues.”

Speaking about the second meeting with Agin’s father present, Krishna said, “Later, on another occasion, Agin met his Faculty Adviser (FA), along with his father. The FA also apprised them of the Institute Regulations, and his ineligibility to continue the programme as per the senate rules. Agin’s father got convinced about it and informed his plan to get his son admitted to another programme of his choice. Agin and his father also met me in my office. I have reiterated the Institute Regulations to them and his ineligibility to continue the current programme. I told Agin’s father to facilitate him to pursue his real passion.”

As per sources at NIT, the Student Affairs Council had reportedly emailed a short explanation of Agin’s academic history to students after the news of his untimely demise. Zee News was not able to verify the authenticity of the document as it had no official stamp or university letterhead.

Reportedly, an official notice from the NIT Calicut director’s office dated Sept. 22 read that from Sept. 23, the director would be away from the institute, and Dr. Sathidevi, deputy director, will be the Director-In-Charge of the institute. Zee News received a copy of the same but could not verify its authenticity. 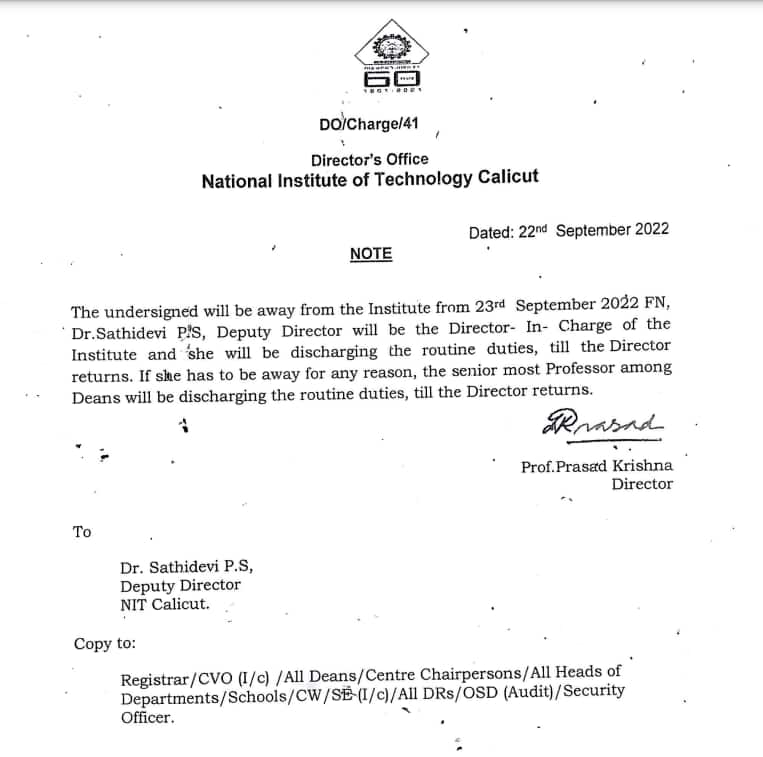 Agin's father claims his son was not allowed to clear exams

Agin’s father had told PTI on Thursday that he had spoken to his son at 1:30 pm on Tuesday and he sounded normal. But then he was met with the terrible news of his demise around 6 pm.

"My son was not allowed to clear four exams by the professor at NIT Calicut. I couldn't make out on the phone that the matter was so serious,” he alleged. Additional DGP (Law and Order) Arpit Shukla said that an SP-level panel will investigate the matter fairly and thoroughly.