Rahul Bhat was killed in his office in the Budgam district of Jammu and Kashmir on Thursday.

New Delhi: A day after the killing of a  Kashmiri Pandit man by the hands of terrorists in Jammu and Kashmir, the Kashmiri Pandit diaspora in Budgam staged a protest to express dissatisfaction, ANI reported. The protests erupted after Chadoora Tehsil Office employee Rahul Bhat's killing in his office in Budgam district of Jammu and Kashmir raising concerns about the safety of the marginalised Kashmiri Pandit community in the valley. The protesters are demanding speedy justice and the arrest of the terrorists involved in the murder.

"If the Administration can use lathi-charge and tear gas against the public, could they not have arrested the terrorist yesterday,” Aparna Pandit, a protester questioned while speaking to ANI.

Meanwhile, Jammu and Kashmir Police said, "While sensing the security of the protesters who had resorted to violence and neglected the pacification requests by the administration and to thwart evil designs of anti-national elements (ANEs), police were constrained to finally hurl a few teargas shells to disperse them.

"However, the protestors again reassembled at Sheikhpora road for the protest and blocked the main road, police said.

Rahul Bhatt, an employee of the Tehsil office in the Budgam district`s Chadoora, was shot dead by terrorists in Budgam on Thursday.

Jammu and Kashmir government had also constituted an SIT to probe the murder of Rahul Bhat.

Meanwhile, Lieutenant Governor Manoj Sinha announced that the J-K administration will provide a government job to Rahul Bhat`s wife in Jammu and financial assistance to his family.

"A decision has been taken to constitute a special investigative team to probe all the aspects of the despicable terror attack. The SHO of the concerned police station has also been attached," the Office of the J-K LG tweeted.

J&K administration to provide a government job to Rahul Bhat`s wife in Jammu and financial assistance to the family.

The government will bear the educational expenses of the daughter," the LG further said in a tweet. 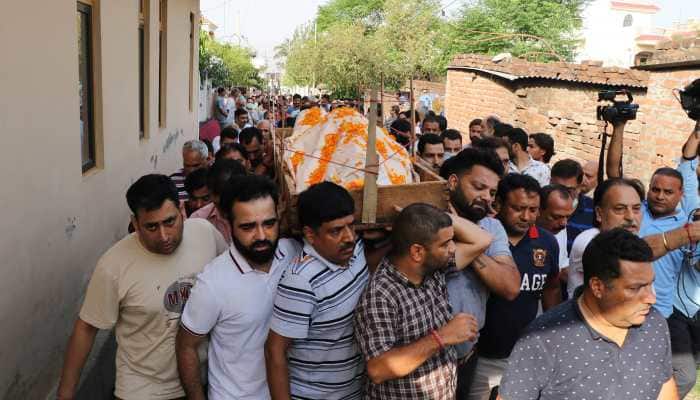 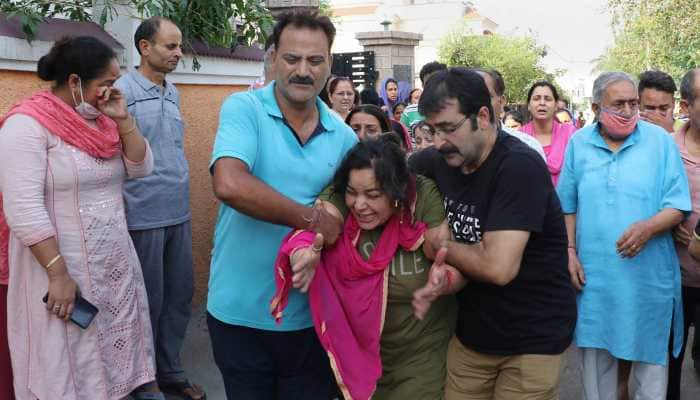 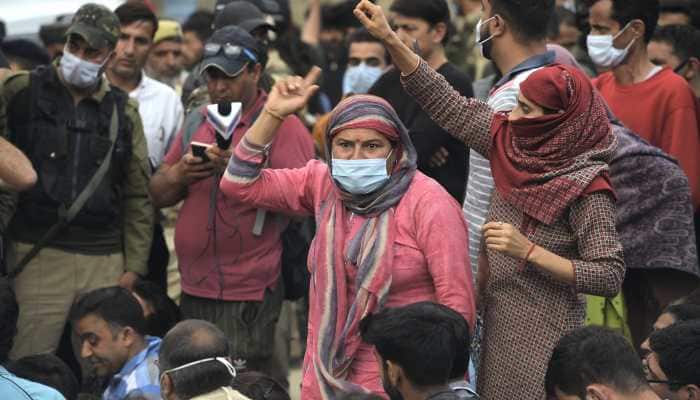 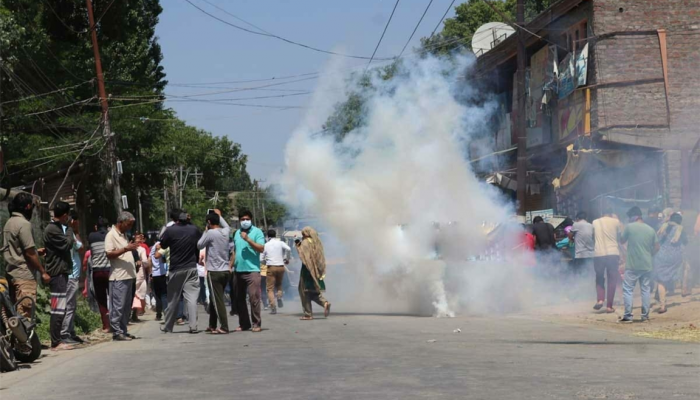 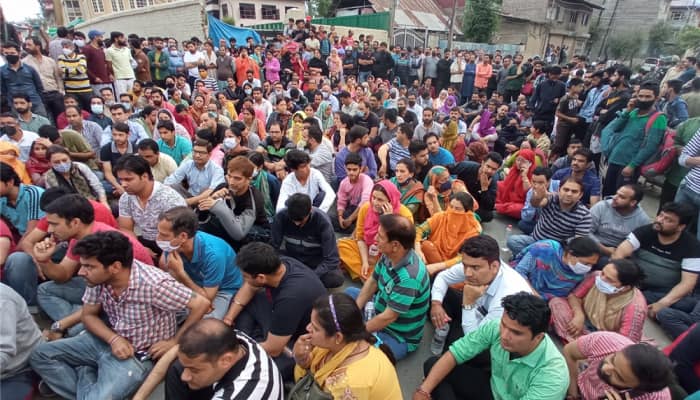 Employees to give mass resignation on targeted killing of Rahul Bhat 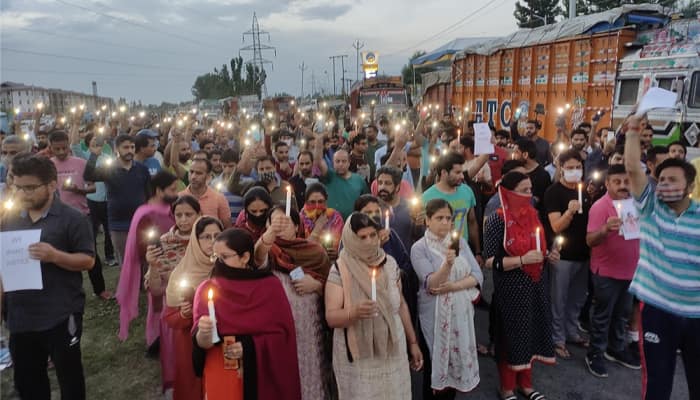 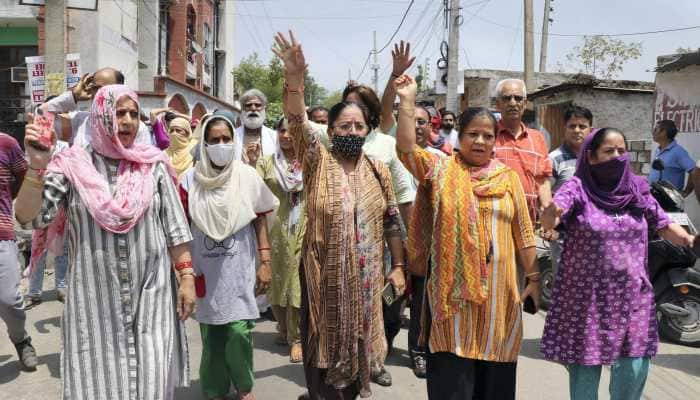