Exclusive: Gaganyaan spacecraft engines tested successfully by ISRO, all you need to know

This cluster of engines would help Indian astronauts remain in orbit and also aid their safe return.

Chennai: Launching rockets and placing satellites in orbit has been routine business for the Indian Space Research Organization. Meanwhile, Gaganyaan(Sanskrit for SkyCraft), a hugely complex mission to send Indian astronauts to space, is a work in progress. Recently, ISRO announced the successful completion of a crucial test of the Gaganyaan spacecraft’s propulsion system. This cluster of engines would help Indian astronauts remain in orbit and also aid their safe return. Zee Media spoke to Chairman ISRO, DR.K.Sivan and Director, Vikram Sarabhai Space Center, Dr. S. Somanath to throw light on the latest test and the mission plan.

The launching of satellites and human-carrying spacecraft are quite similar, but the latter is exponentially sophisticated in terms of the technology and reliability that has to be developed. In both cases, the payload sits on the top-most portion of the rocket. The expendable rocket’s task ends about 16-20 minutes after lift-off and it falls back into the sea(in a phased manner), after ejecting the satellite. Once placed into orbit, the satellite/spacecraft is an independent entity in space that needs to navigate and propel itself, without the powerful propulsion of the rocket that got it up there.

The payload(satellite or the module carrying astronauts) must stay in orbit for a designated mission time, while enduring the harsh conditions of zero-gravity, severe temperature variations, and orbital movement at very high speeds. For context, the International Space Station which continues to orbit the earth moves at a whopping 7km/second or 27,850km/hour. 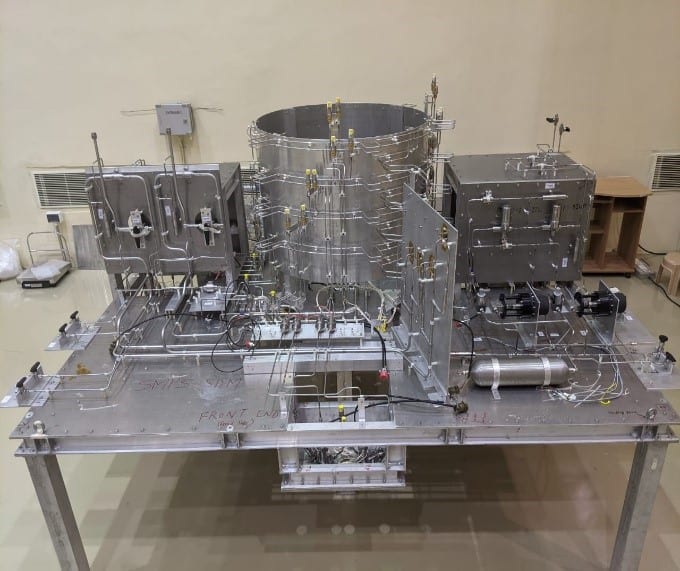 While satellites stay in orbit for many years, India’s Gaganyaan mission is meant to remain in orbit for up to a week. This process of staying in a designated orbit requires the use of the spacecraft’s own engines. It was this system, Gaganyaan Service Module Propulsion System – System Demonstration Model (SDM) that was tested a few days ago.

The GSLV Mk3, India’s heaviest rocket is meant to carry the Gaganyaan to space. “The launch vehicle will put the 7.5ton Gaganyaan module into 170x400kms orbit(170kms from earth and 400kms from earth at its nearest and farthest points in orbit respectively). Thereafter, the system which we now tested will raise the Gaganyaan module to a uniform 400kms orbit(Low earth orbit)” Dr. K. Sivan explained to Zee Media. He also added that, the same propulsion system would be used to lower the orbit and bring the spacecraft closer to earth for aiding re-entry.

On its website, ISRO mentions that the first hot test of the System Demonstration Model (SDM) of the Gaganyaan Service Module Propulsion System was done for a duration of 450seconds at ISRO Propulsion Complex (IPRC), Mahendragiri, Tamil Nadu. The system performance met the test objectives and there was a close match with the pre-test predictions. Further, a series of hot tests are planned to simulate various mission conditions as well as off-nominal conditions, it added. 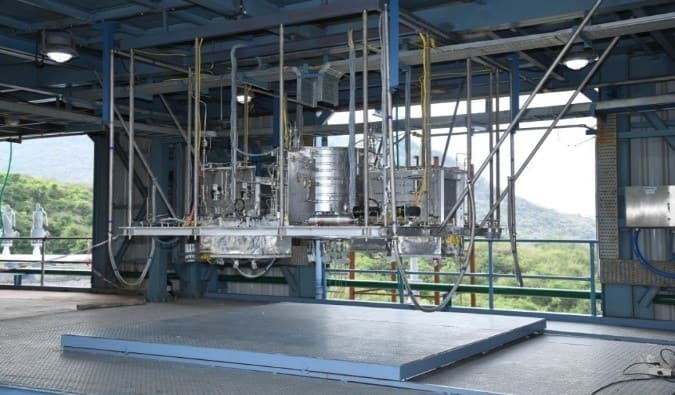 Dr. S. Somanath, Director, VSSC, ISRO, said that Gaganyaan integrated module consists of two parts - Crew Module and Service module. While the Crew module will house astronauts, the service module will provide the propulsion to raise the orbit and later lower the orbit. “To slow down the spacecraft(which is traveling at nearly 7.5kms per second) and facilitate re-entry, we will fire the five engines(as used in the GISAT Satellites) on the service module. Once the re-entry is facilitated, the Service module will detach and the Crew module alone will make a controlled descent, with its parachutes and Crew module propulsion systems” he explained to Zee Media.

While the latest test is a boost for India's ambitious Human Spaceflight programme, it must be kept in mind that each propulsion system that goes into the GSLV Mk3 rocket and the spacecraft will be further tested for longer durations and various parameters. Such tests are part of ‘Human-rating’ the launch vehicle and its systems. It essentially means that a rocket that is used for hauling Cargo(satellites) to space is being modified, certified for carrying humans, while ensuring higher safety and reliability.