Cyrus Mistry was travelling from Ahmedabad to Mumbai in a Mercedes car when the accident took place in Maharashtra's Palghar district.

New Delhi: Former Tata Sons chairman Cyrus Mistry was on Sunday (September 4, 2022) killed in a road accident after his car hit a divider in Maharashtra's Palghar district neighbouring Mumbai. The accident took place around 3.15 pm, when Mistry, 54, was travelling from Ahmedabad to Mumbai in a Mercedes car. According to police, the accident took place on a bridge over the Surya river at Charoti Naka, around 120 km from Mumbai.

Mistry's co-passenger Jahangir Pandole was also killed in the accident, while eminent gynaecologist, Anahita Pandole, 55, and her husband Darius Pandole, 60, survived the crash. 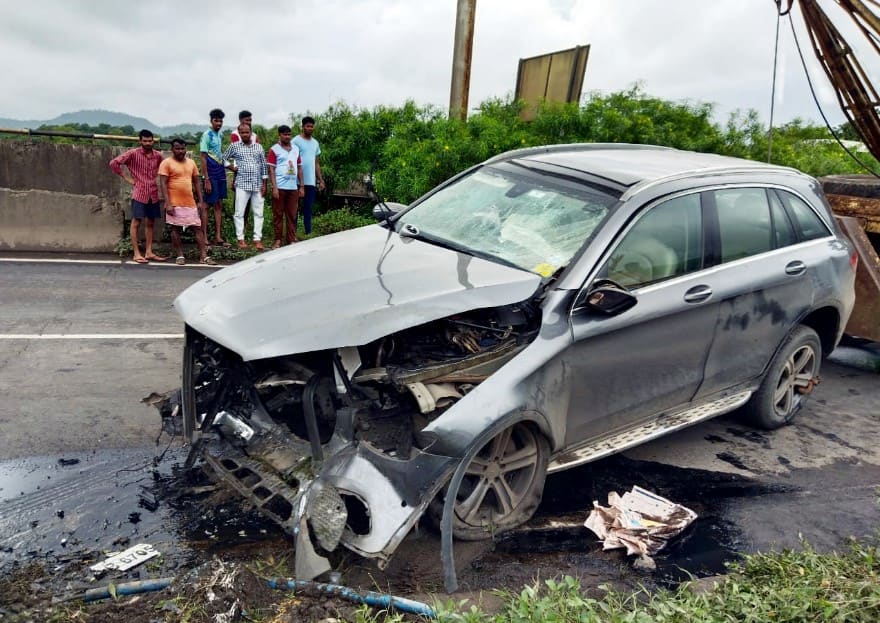 (Wreckage of Mercedes car in which Cyrus Mistry was travelling. Photo - ANI)

Darius, notably, is a former independent director of the Tata Group of companies who had opposed Cyrus Mistry's removal as the chairman, and Jahangir was his brother.

As per the preliminary probe, Cyrus Mistry and Jahangir were not wearing seat belts. He also said that over-speeding and the "error of judgement" by the driver caused the accident.

The Mercedes car covered a distance of 20 km in just nine minutes after crossing the Charoti check post in Maharashtra's Palghar district, 120 km away from Mumbai, the official said. 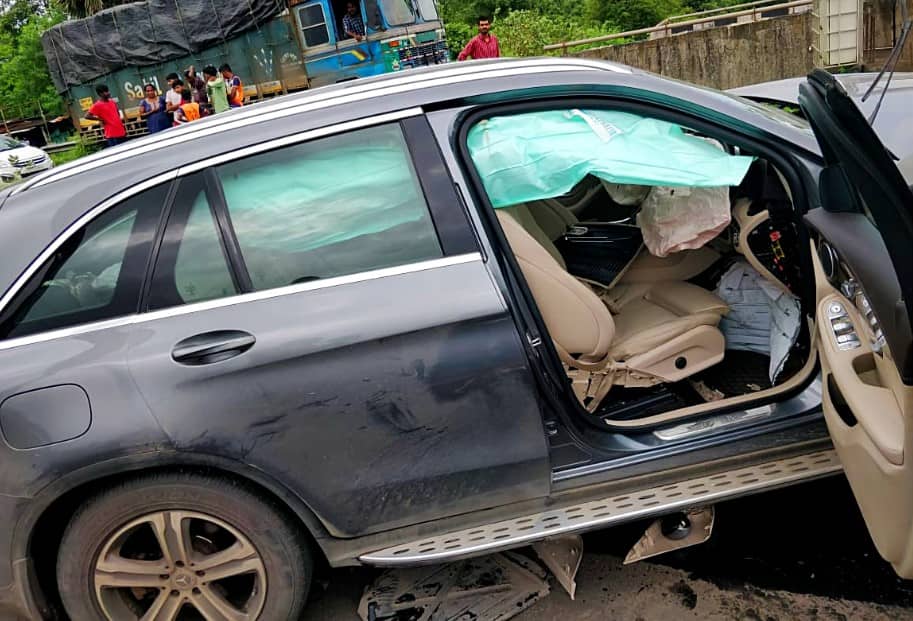 "As per the preliminary investigation, over-speeding and the error of judgement caused the car accident. Both the deceased were not wearing seat belts," the official said.

"While analysing the footage captured by CCTV cameras at the Charoti check post, Palghar police found the car had crossed the check post at 2.21 pm and the accident took place 20 km ahead (in the direction of Mumbai)," he said.

This shows the car covered a distance of 20 km (from the check post) in just nine minutes, the official said, adding that the accident took place at 2.30 pm on the Surya river bridge.

Mistry and Jahangir Pandole were in the back seats. Darius Pandole was in the front seat and his wife Anahita Pandole was at the wheel, police said.

According to an eyewitness, she had tried to overtake another vehicle from the left side, but lost control and crashed into the road divider. 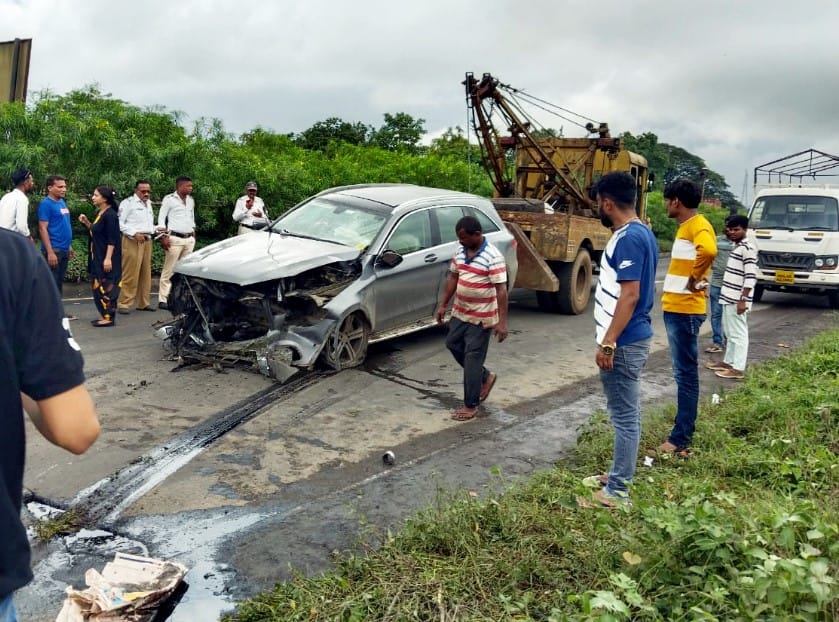 (Wreckage of Mercedes car in which Cyrus Mistry was travelling when it met with an accident in Palghar. Photo - ANI)

Meanwhile, Maharashtra Deputy Chief Minister Devendra Fadnavis, who holds the home portfolio, has asked police to conduct a detailed investigation into the accident.