Crimes against women in Delhi: The state police attributed more registration and increased awareness as the reason for rising numbers in crimes.

New Delhi: 1100 rape cases and 1480 molestation cases have been reported in Delhi in the first half of the year, according to the data available on the official site of the Delhi Police. Speaking to the Indian Express about the same, Delhi Police said that the rise in crime against women is observed because of more registration and increased awareness about women-friendly helplines and booths. 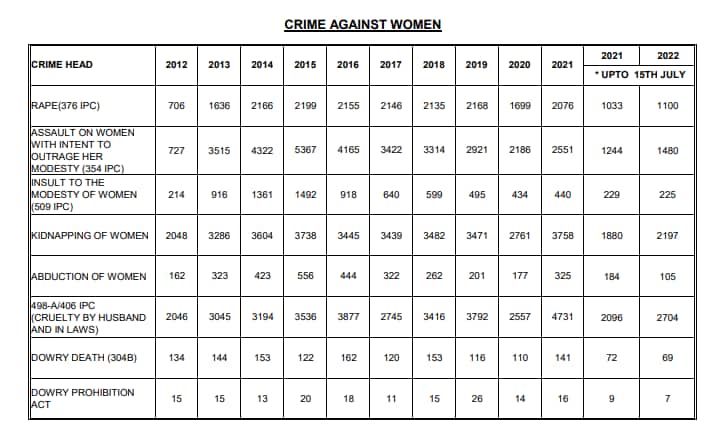 According to the report by The Indian Express, in most cases, the accused are known to the victim and the crime takes place at or near their residence. Delhi also sees a 29 percent increase in domestic violence as compared to last year’s data. However, Dowry deaths have decreased by 3 reported cases as compared to the first half of last year.

The data is available on the official site of the Delhi Police. This data has reported crimes against women till July 15 and the cases of the first half of 2021 as a comparison. Total crime in Delhi has also been reported in different data, with around 1.6 lakh reported cases till July 15.