"Stand with the people of Ukraine. Now accepting cryptocurrency donations. Bitcoin and Ethereum," one of the tweets read.

"Stand with the people of Ukraine. Now accepting cryptocurrency donations. Bitcoin and Ethereum," one of the tweets read.

"My account has not been hacked. All the donations will go to the Ukrainian government," another one said. 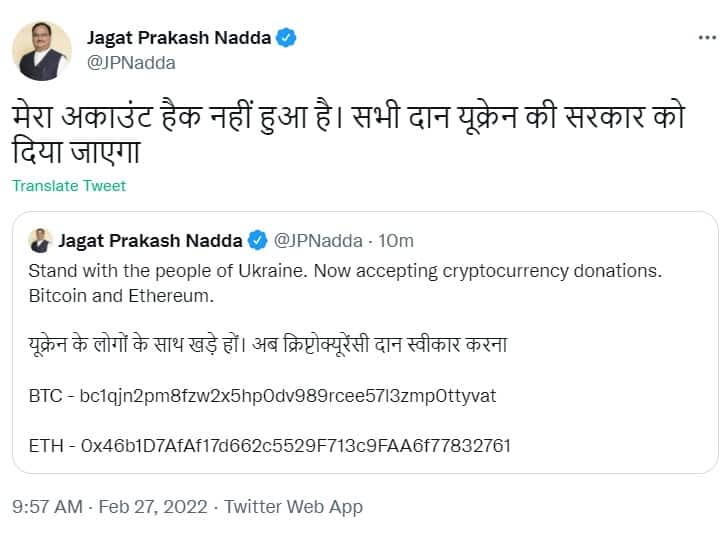 Minutes later, the tweets for Ukrainians were deleted but were again posted asking for donations for Russians.

"Stand with the people of Russia. Now accepting cryptocurrency donations. Bitcoin and Ethereum," the tweet read. 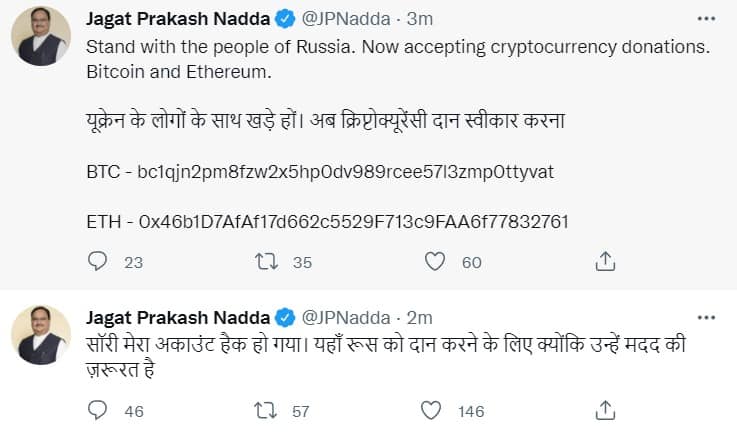 All the tweets, however, were deleted later and the account was recovered after a short span of time.

Electronics and Technology Minister Rajeev Chandrasekhar told the PTI news agency that the matter has been reported to the Computer Emergency Response Team (CERT), and an investigation is on.

Earlier last year, Prime Minister Narendra Modi's Twitter account was also hacked briefly in December and a message related to Bitcoin was posted. Some other handles, including those of government departments, have also been hacked recently.