It was the first time that such a huge number of security personnel were moving into Srinagar's main markets and streets without weapons.

To celebrate National Unity Day, the Border Security force (BSF) organised a mega cycle rally for its troops including female counterparts from Humhama headquarters to the Dal Lake area of Srinagar. It was for the first time such a cycle rally of BSF personnel went through Srinagar city. The cycle rally was flagged off from BSF headquarters in the Humhama area of Budgam and culminated at the Botanical garden Dal Lake area of Srinagar after crossing around 20 km of the Srinagar city area. BSF personnel including, male, and female soldiers and officers, holding tricolour on their cycles, were enthusiastic during the whole rally.

It was the first time that such a huge number of security personnel were moving into Srinagar's main markets and streets without weapons and holding tricolour on their bicycles. The rally was organised to mark the 'National Unity Day' celebrations on the Birth Anniversary of Shri Vallabhbhai Patel. 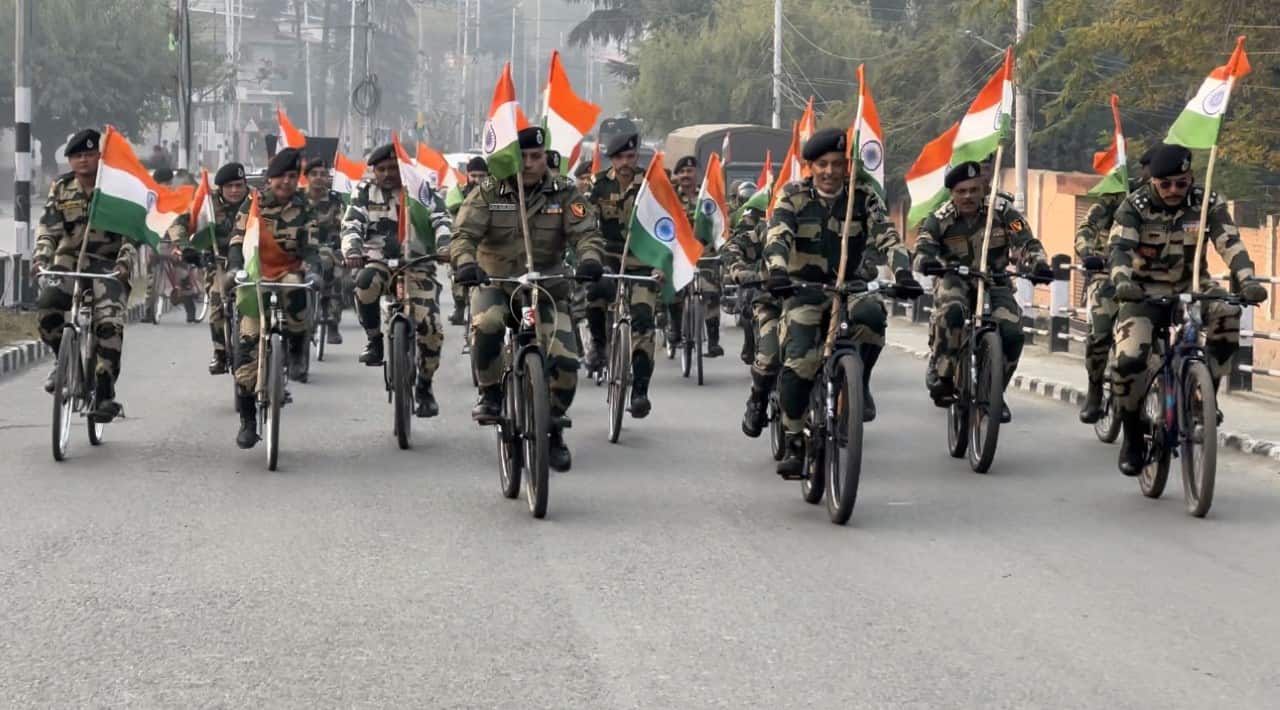 IG BSF Frontier Kashmir Raja Babu Singh also took part in the rally, he said that through this rally BSF aimed to spread a message about Kashmir being the safest place in the country and that tourists from across the country should come and visit this place.

IG BSF said during the peak of militancy in the early nineties they played a big role in curbing terrorism and today there is such an atmosphere that forces personnel are roaming, taking part in rallies without holding arms with them. The other soldiers who took part in the rally also shared their views and said it was great to be part of this rally and move through Srinagar city without holding any arms.