There were 1,053 passengers on board the train at the time of the derailment. The accident took place near Domohani in West Bengal on Thursday evening.

Jalpaiguri (West Bengal): At least nine people have died and 45 injured after the Bikaner-Guwahati Express derailed near Jalpaiguri in West Bengal on Thursday (January 13). Even in the wee hours of Friday morning, rescue operations were on with some passengers still trapped inside the two coaches of the train.

As per media reports, Union Railway Minister Ashwini Vaishnaw will visit the train accident site today. Railway official on Friday morning told PTI that the death toll has increased to 9.

"We recovered four bodies from the accident site while three people died in hospital," Jalpaiguri District Magistrate Moumita Godara Basu told PTI on Thursday night, adding at least 45 passengers were injured in the accident. "Since some of them are in a critical condition, the death toll may go up. We are now using cranes for removing the damaged compartments," she said, adding rescuers thoroughly searched each coach for survivors and bodies through darkness and thick fog. The National Disaster Response Force (NDRF) rushed two teams to rescue passengers trapped after multiple bogies of the Guwahati-Bikaner Express (15633) derailed. 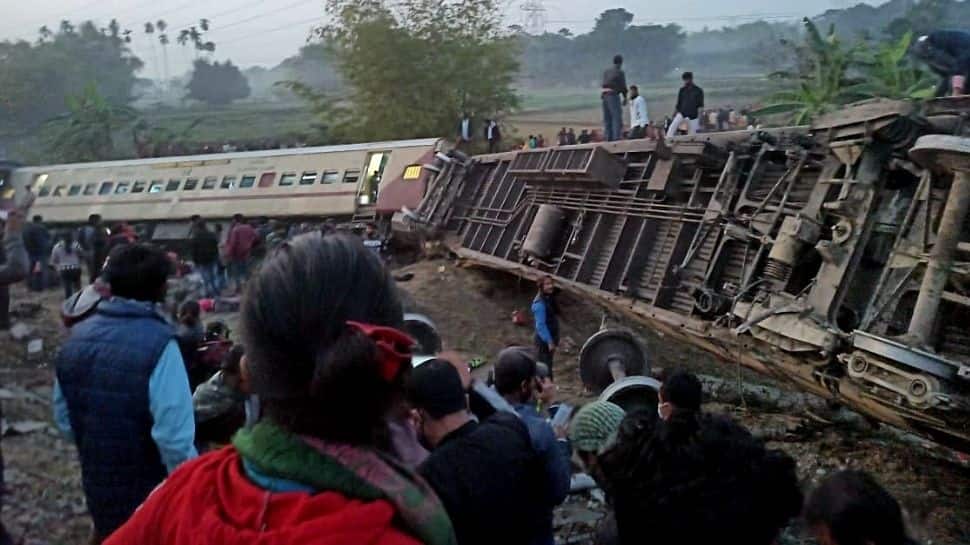 The injured are being treated at hospitals in Maynaguri and Jalpaiguri. Commissioner, Railway Safety, will conduct an inquiry into the cause of the accident, a railway official said in New Delhi.

Prime Minister Narendra Modi also took stock of the situation on Thursday, and announced an enhanced amount of ex gratia compensation to the victims of the accident. The Railways had announced Rs 1 lakh for the severely injured, and Rs 25,000 for those with minor injuries, Union Railway Minister Ashwini Vaishnaw said. "Enhanced amount of ex-gratia compensation to the victims of this unfortunate accident: Rs 5 Lakh in case of death, Rs 1 Lakh towards grievous and Rs 25,000 for minor injuries," Vaishnaw tweeted.

Briefing media persons over the accident, Guneet Kaur, Chief PRO, North-East Frontier Railway, Guwahati had said, "Accident occurred around 5 pm between Domohani and New Maynaguri. Around 10 coaches were affected. Three people are dead and 20 injured.""An ex-gratia amount has also been announced for the affected passengers. A high-level inquiry has also been ordered," she added.

There were 1,053 passengers on board the train at the time of the derailment. The accident took place near Domohani in West Bengal on Thursday evening.