Ahead of PM Modi's Berlin visit, German Minister in Delhi says 'we are searching for cooperation with India to stop war in Ukraine'

Prime Minister Narendra Modi will be in Berlin on May 2 for talks with German Chancellor Olaf Scholz with the two sides co-chairing the sixth edition of the India-Germany Inter-Governmental Consultations (IGC).

New Delhi: Minister of State in Germany's Federal Foreign Office Dr Tobias Lindner has said that "it is in Indian interest" to stop the war in Ukraine. Prime Minister Narendra Modi will be in Berlin on May 2 for talks with German Chancellor Olaf Scholz with the two sides co-chairing the sixth edition of the India-Germany Inter-Governmental Consultations (IGC). This will be the first such Government-to-Government consultations of the new German government, which assumed office in December 2021.

Speaking to Zee Media's Sidhant Sibal in Delhi, Lindner said, "I have come to Delhi to understand the reasons and motivations and the Indian position in that conflict. I believe that it also in Indian interest that this war stops.." Asked about India's participation in the G7 as the guest, he said there could be an announcement in Berlin.

The summit is due to take place from 26 to 28 June 2022 at Schloss Elmau in the Bavarian Alps. Germany is the chair of the grouping for this year and holds the meeting amid the Russian invasion of Ukraine. India has been consecutively invited to the G7 summit since 2019. PM Modi first participated at the G7 summit in France's Biarritz Summit in 2019. 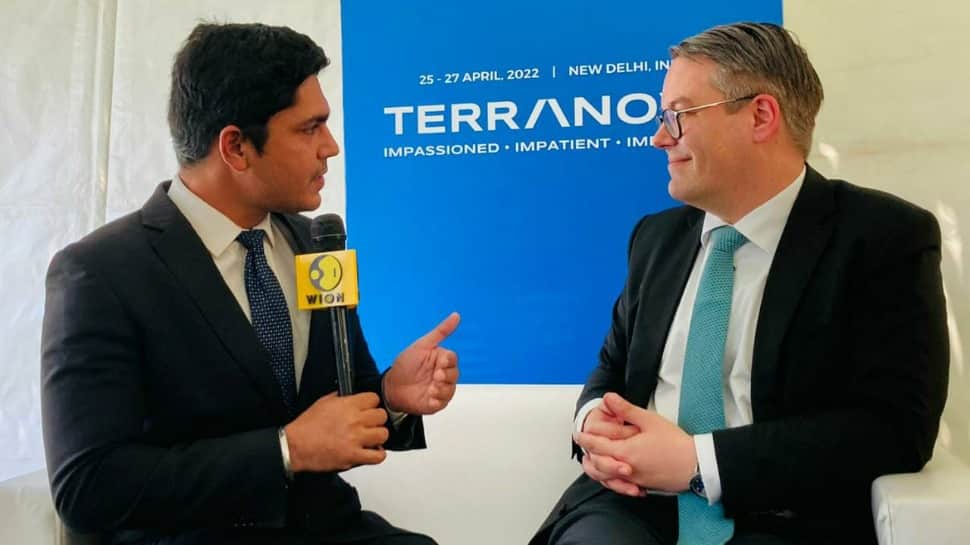 Q: What will be the key focus of PM Modi's visit?
A: Our strategic partnership with Germany is key for India, especially in the region and we will have various issues in the governmental consultations. I am sure economy, but also technology, education, the security situation in the region. We believe the strategic partnership means a holistic approach in all fields of policy.

Q: Will Ukraine be discussed and how do you see India's position on Ukraine?
A: For sure you cannot meet these days without talking about Ukraine because it has an impact on international rules-based order and we believe it is in the interest of all countries on the planet to uphold territorial integrity and sovereignty. For sure will have exchanges with Indian colleagues on that and we more pull than push India on that term. Also trying to talk about possible implications of that war in other regions of the world.

Q: How do you see India's position on Ukraine?
A: For sure, it is no secret that the German government welcomes every support for the resolutions in the United Nations. But I have come to Delhi to understand the reasons and motivations and the Indian position in that conflict. I believe that it's also in India's interest that this war stops, that we have the same goals, protecting the rules-based international order. Having an immediate stop to the war in Ukraine and in that field, we are searching for cooperation with India.

Q: And will India be invited to the G7 summit?
A: I cannot make any comments on that. It is the issue of the German Chancellery but I believe during the consultations in Berlin there will be an announcement.

Q: What has been your govt's stance on Ukraine, it's at the heart of the crisis, but has also been criticized?
A: This war in Ukraine is a blatant breach of international rules-based order. Russia is responsible for that. So it is Russia's responsibility to immediately stop this war and violence in Ukraine. We are doing a lot starting with humanitarian aid, from helping the people in Ukraine, helping refugees outside the country but also giving military assistance in terms of heavy weapons to Ukraine.