A seven-membered scuba divers team in Chennai played ‘Underwater Chess’ at the seabed, with a depth of 18 meters in the view of the 44th FIDE International Chess Olympiad.

NEW DELHI: The buzz around the ongoing 44th FIDE International Chess OIympiad being hosted by India has reached far and wide and literally touched the skies. From the host city of Chennai being decked up to welcome the players, to having a popular bridge painted like a Chess board, even an aircraft was painted with the Chess Olympiad Livery. However, a team of Scuba divers from the host city have now taken Chess to never-seen-before depths...

You read that right, the team played Chess at the seabed, 5 km away from the coast and at a depth of 18 meters. A seven-membered team from the organization Temple Adventures carried out this feat, to add to the buzz around Chess and also create awareness about Marine pollution and how it has impacted the ocean floor.

“We had six players and made use of three specially made chess boards, pieces and tables that could be used underwater. The chess pieces and board had to be made extra heavy for it to be used at the sea bed,” Aravind Tharunsri, Director of Temple Adventures told WION. A certified Scuba diving instructor, Aravind adds that he had been carrying out such unique scuba dive concepts for more than a decade.

How about a game of underwater #chess ?

While Aravind took the dive wearing the traditional dhoti and shirt and donned the headgear of the Chess Olympiad mascot 'Thambi', the other team members wore the typical scuba gear. After the initial 40 minutes that they took to set up the underwater game, the teams spent a little over two hours underwater, enjoying the game amid the depths. 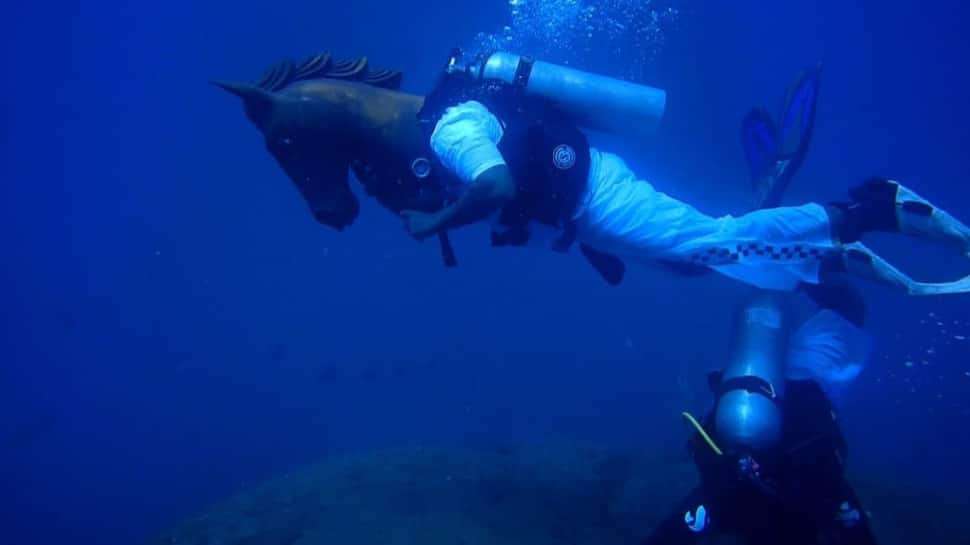 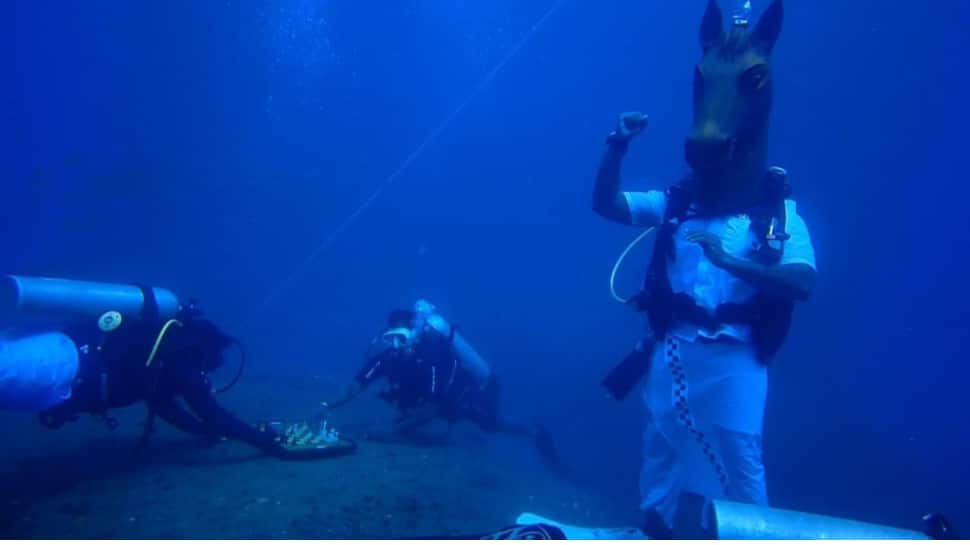 While the inaugural event for the games took place in Chennai, the Olympiad is being held in Mamallapuram, a UNESCO World Heritage town almost 50 km away from the capital city. Taking place between August 29 and July 10, the Olympiad has brought more than 2,000 visitors from 180 countries. However, teams from China and Russia will not be taking part in this edition of the event.

Notably, Mamallapuram, the host town is also the one that witnessed a bilateral summit between Indian Prime Minister Narendra Modi and Chinese President Xi Jinping, in October 2019.