Priyanka Chopra wraps up shoot of 'Text For You' in London amid salon visit controversy, shares pics

Priyanka has been in London for the past few months along with husband Nick Jonas for filming her movie.

New Delhi: Priyanka Chopra wrapped up shooting for her upcoming Hollywood movie ‘Text for You’ in London. The actress took to her Instagram account to share pictures from her last day on the sets. Priyanka has been in London for the past few months along with husband Nick Jonas for filming her movie.

Posting her smiling picture with the script in her hand, Priyanka wrote, “That’s a wrap! Congratulations and THANK YOU to the entire cast and crew. See you at the movies.”

Earlier, the ‘Dostana’ actress had also shared a picture with the crew members and captioned it, “Last day on set! #TextForYou. Will miss this incredible crew that I’ve spent the last 3 months with. So special to be at work. #grateful.” 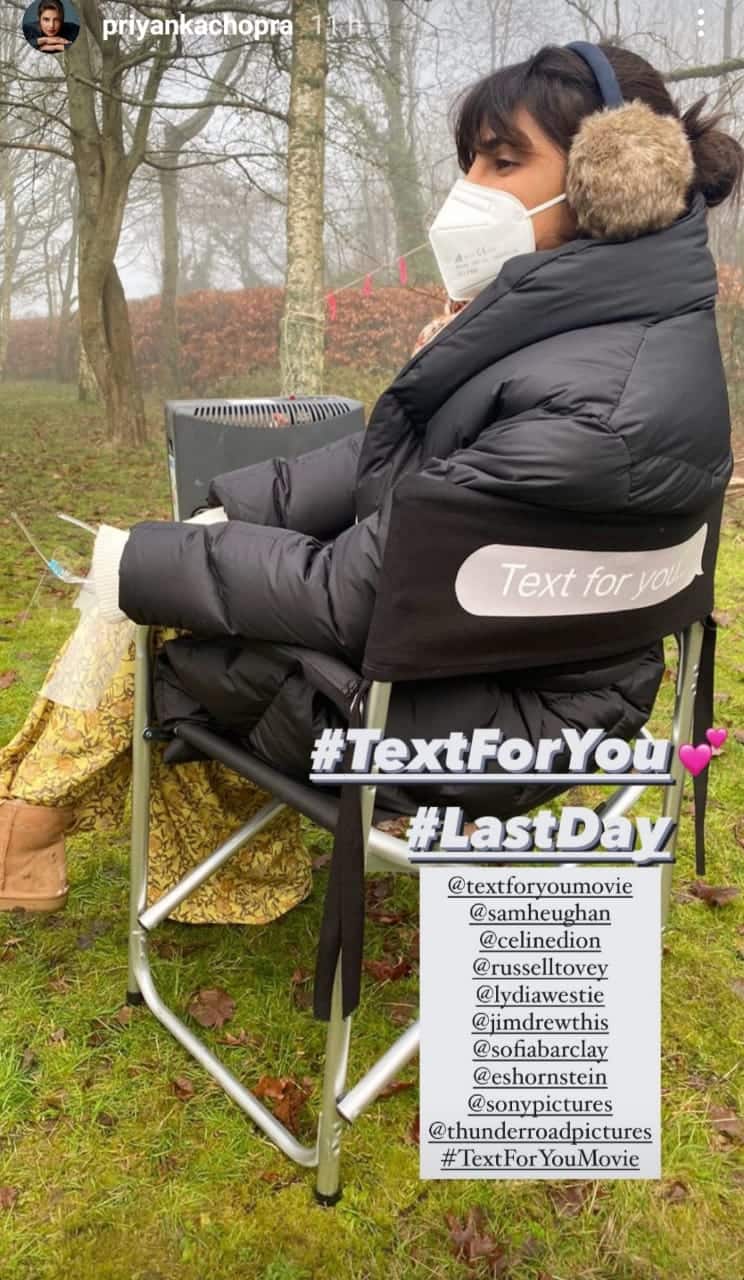 'Text For You', a romantic drama, is helmed by James C. Strouse and besides Priyanka, the star cast includes Sam Heughan, Celine Dion and Russell Tovey among others.

Priyanka recently came under fire after she visited celebrity stylist Josh Wood’s salon along with her mother Madhu Chopra amid strict COVID-19 lockdown in the UK. Several reports claimed that she breached the lockdown guidelines. However, her team denied the reports and said, “Following government guidance, Priyanka's hair was colored for the purpose of the film she is currently shooting in London. The salon was opened privately for the production and everyone involved had been tested and followed both the DCMS working guidelines and the film production regulations.”

Meanwhile, Priyanka’s memoir ‘Unfinished’ is all set to release next month.