FIFA World Cup 2022: Riots break out in Brussels and Dutch cities after Belgians lose to Morocco

Riots broke out in several Belgian and Dutch cities after Morocco’s 2-0 upset win over Belgium at the FIFA World Cup 2022 on Sunday (November 27). Police detained about a dozen people after they deployed water cannons and fire tear gas to disperse crowds in Brussels.

Brussels mayor Philippe Close urged people to stay away from the city center and said authorities were doing their utmost to keep order in the streets. Even subway and tram traffic had to be interrupted on police orders. “Those are not fans, they are rioters. Moroccan fans are there to celebrate,” Close said. There were also disturbances in the city of Antwerp and Liege.

Police in the neighboring Netherlands said violence erupted in the port city of Rotterdam, with riot officers attempting to break up a group of 500 soccer supporters who pelted police with fireworks and glass. Media reported unrest in the capital Amsterdam and The Hague. Morocco’s victory was a major upset at the World Cup and was enthusiastically celebrated by fans with Moroccan immigrant roots in many Belgian and Dutch cities.

Belgian police detained a dozen people and made one arrest on Sunday after Morocco’s victory over Belgium in the World Cup match in Qatar triggered riots in Brussels with a car and some electric scooters set on fire. 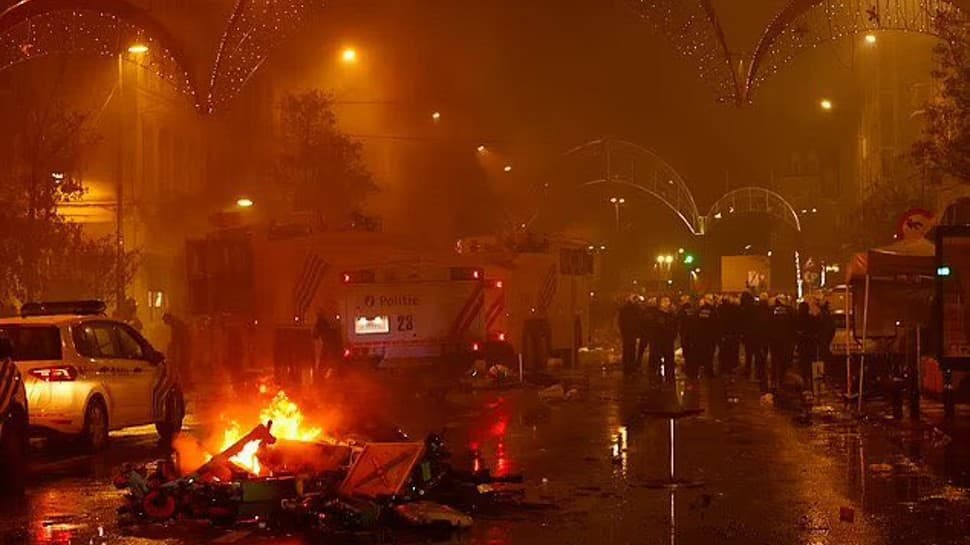 “Also, a journalist was injured in the face by fireworks. It is for these reasons that it was decided to proceed with a police intervention, with the deployment of water cannon and the use of tear gas,” the police said.