New Delhi: It's no secret that Yash's actioner 'KGF 2' has won fans' heart as it rocked the Box Office becoming the 7th highest-grossing Indian movie after earning over Rs 720.31 crores in a week. Fans have been smitten by actor Yash's charm and strong performance.

Now, the dialogues from the film have made their way into a fan's marriage card and netizens cannot get over the hilarious viral photo. 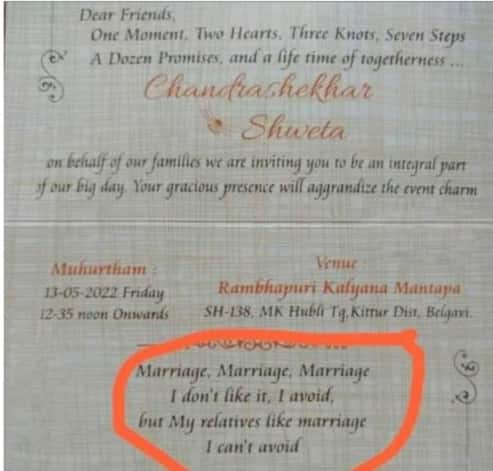 It stormed the Box Office like a tsunami and entered the Rs 700 crore in just 7 days.

Releasing nationwide on April 14, 2022, in Kannada, Telugu, Hindi, Tamil and Malayalam, K.G.F.: Chapter 2 is written and directed by Prashanth Neel, one of the most sought-after directors, and produced by Vijay Kiragandur, under the Hombale Films banner.