Netizens on Twitter were impressed with Abhishek Bachchan's clever yet respectful disses to Kamaal R Khan.

Mumbai: Netizens are all praises for actor Abhishek Bachchan over his witty responses to Kamaal R Khan on Twitter. On Saturday, Abhishek shared one of the posters of the film Vaashi, starring Tovino Thomas and Keerthy Suresh.

"Another incredible movie coming from Malayalam film industry," he captioned the post.

However, his tweet did not go down well with KRK, who often posts demeaning remarks against Bollywood actors. 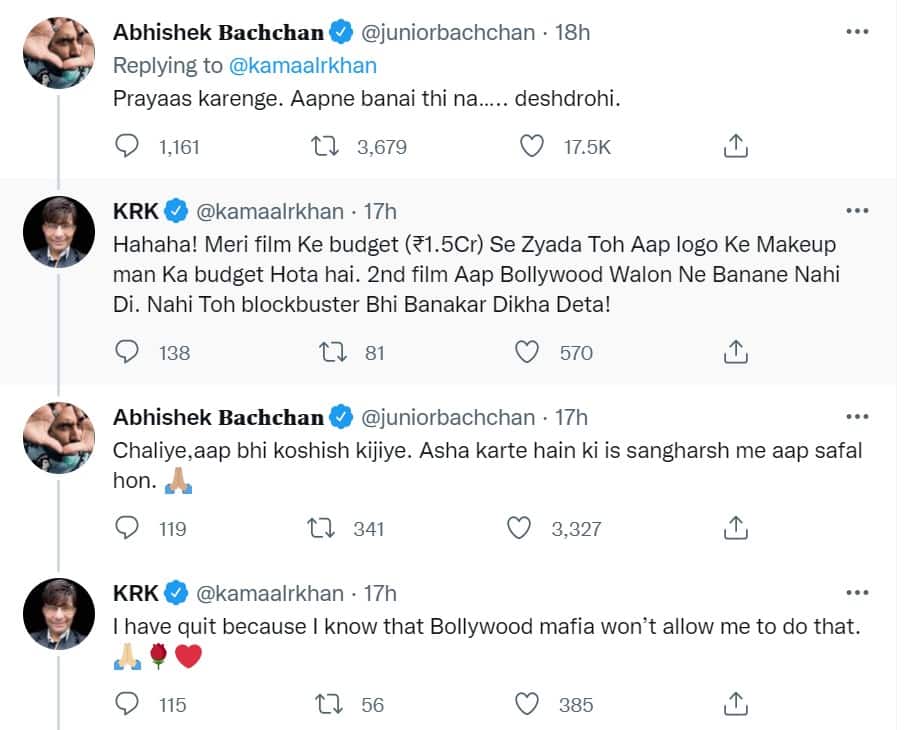 The war of words between KRK and Abhishek did not end here.

"Abhishek -- you have the best sense of humour," a fan commented.

On the work front, Abhishek will be seen in Dasvi, which also features Yami Gautam.