Viritech is a British company that worked with Mahindra-owned Pininfarina to produce the hydrogen-powered Apricale with a power output of 1,072 hp.

Viritech Apricale has been brought out of the curtains by the makers. The hydrogen-powered hypercar has a kerb weight of just 1,000 kg. The new Mahindra-owned Pininfarina-styled model justifies the term 'hypercar' with a power output of 1,072 hp, performing the task flawlessly with zero emissions, to top it off, it has a peak torque of 1000 Nm. The power is produced by four motors of 400 kW electric motors placed on each axle of the all-wheel-drive car that are supported by 6 kWh lithium-ion battery cells.

The monstrous power produced by the electric motors results in an acceleration of 0-62 mph in a mere 2.5 seconds. Based on Viritech's claim, the Apricale has a top speed of 200 mph which is around 322 kmph. Moreover, the car has just one single-speed transmission to control the power output. Based on the manufacturer's information, the extreme power output of the Apricale can discharge its fuel cells in under a minute, which gives the car a chance to recoup the energy levels through regenerative braking. 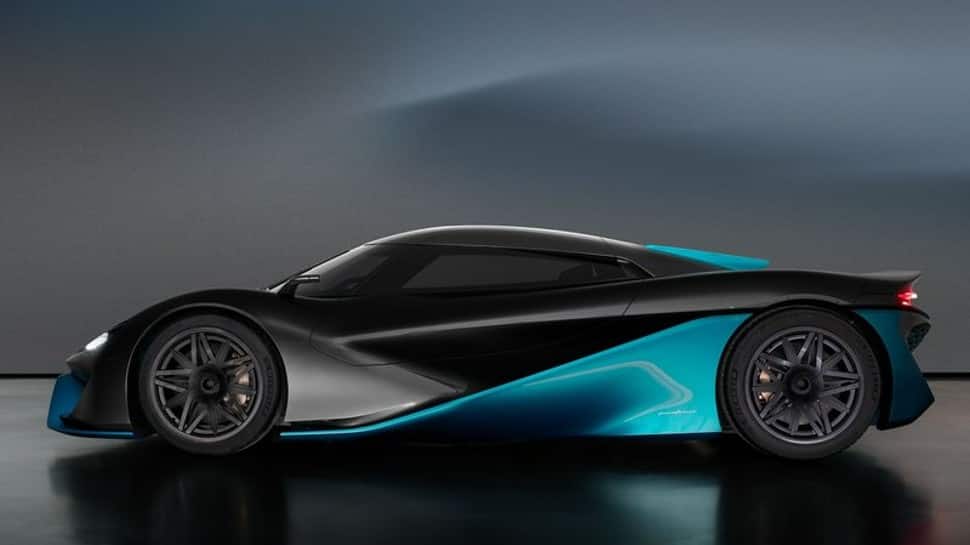 Being a hypercar, the Viritech Apricale is in the limelight for its power output, power generation and other similar aspects. But this car is extraordinary in other aspects as well. For one, the car's weight is right on the border with 1 tonne. Viritech has ensured the correct power-to-weight ratio of the car by controlling its weight. They did so, by making the hydrogen fuel tank a part of the carbon fibre monocoque instead of finding the room to place the fuel tanks.

Similar attention has been paid to the wheels' design, and why not? These are the most important parts as they are the only parts in contact with the ground. The wheels of the Viritech Apricale are made of carbon fibre rims with a magnesium centre to control the weight while providing the needed durability and strength. Covering those wheels are the Michelin Pilot Sport 4s to hold the tarmac. Furthermore, the carbon-composite brakes have the responsibility to control the speed with six and four-piston callipers at the front and rear end, respectively.