Virat Kohli's wife Anushka Sharma once again showed her love for husband via social media as the former India skipper posted a picture of his training session. Kohli, who is currently in Leicester for India's tour of England, uploaded a few pictures of his practice session with the team to which wife Anushka Sharma replied with three word, "And stay cutie". Fans were left in awe with yet another cute gesture by the couple towards each other. 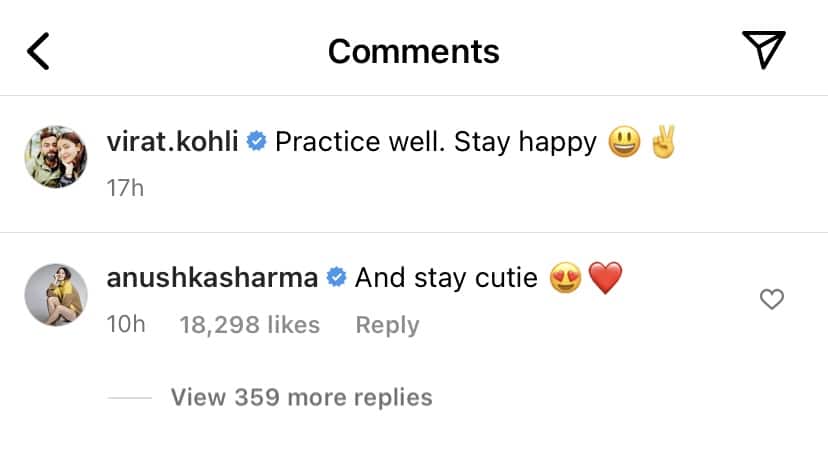 Anushka has always been a big supporter of her husband's game and Kohli himself has said many times that she has changed his life for the better. Kohli posted two pictures of his training session Leicester captioning the upload, "Practice well, Stay happy," with a bright smile emoji. Checkout Kohli's post below...

The couple along with their daughter went to Maldives for a holiday while Kohli rested for the home series against South Africa after a rough IPL season.

Kohli is currently in England where Team India are set to face England for the fifth and last rescheduled Test of the series last year. Followed up by 3 T20Is and as many ODIs scheduled. The England vs India match will be counted as the fifth Test of India's 2021 series against England. The Men in Blue currently lead the Test series by 2-1. The scheduled final Test was postponed at the last minute after a Covid-19 outbreak in the Indian camp.