Virat Kohli was rested for the ongoing T20I series against South Africa, following his lean patch in the Indian Premier League (IPL) 2022.

Former India captain Virat Kohli along with wife Anushka Sharma and daughter Vamika returned from a well-deserved beach holiday from Maldives to Mumbai on Monday (June 13). The paparazzi present at the Mumbai airport clicked Vamika adorably looking at her father Kohli, who was responsibly wearing a face mask with rising COVID-19 cases in the country.

Kohli and his Bollywood star wife Anushka have been trying hard to keep their baby daughter from the limelight. Former Royal Challengers Bangalore captain and Anushka often treat their fans by sharing glimpses of Vamika on their social media without revealing her face.

The first time the world caught a glimpse of Vamika was in South Africa while she was cheering for her father Virat Kohli at a stadium. Anushka and Virat soon came up with a statement and revealed that they were not aware that the cameras were on Vamika.

Take a look at the photo here: 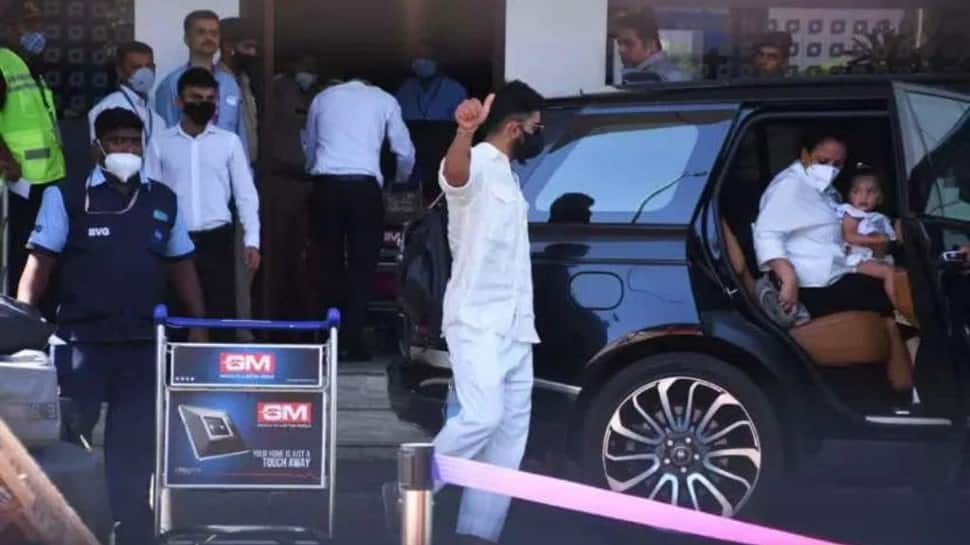 The family set off to Maldives to enjoy some time with nature and away from the hustle and bustle of city life. In the photo, Vamika could be spotted cutely looking at her father Virat Kohli as he waved to the photographers present there.

Ahead of the upcoming England tour, former India skipper Kohli was on a vacation. Taking to his Twitter, Virat posted a picture of him, sitting on a beach and relaxing.

Kohli was rested for the ongoing T20I series against South Africa, following his lean patch in the Indian Premier League (IPL) 2022. Team India will be touring England for the rescheduled fifth Test match, which got postponed in 2021 due to COVID-19.

The fifth Test will be played on July 1 which will be followed by a three-match T20I and ODI series. India are currently leading the Test series by 2-1 and a win or a draw will help them win the first Test series on English soil after 15 years. It will be a historic game for Team India as they had previously won a Test series in England in 2007.