Sara and Arjun Tendulkar are currently in the UK with father and cricket legend Sachin Tendulkar and mother Anjali.

Indian cricket legend Sachin Tendulkar is enjoying an extended vacation in the United Kingdom with his wife Anjali, daughter Sara Tendulkar and son Arjun Tendulkar as well. Sara has been flying around the world over the last month, enjoying vacations in Koh Samui and currently chilling out in London. 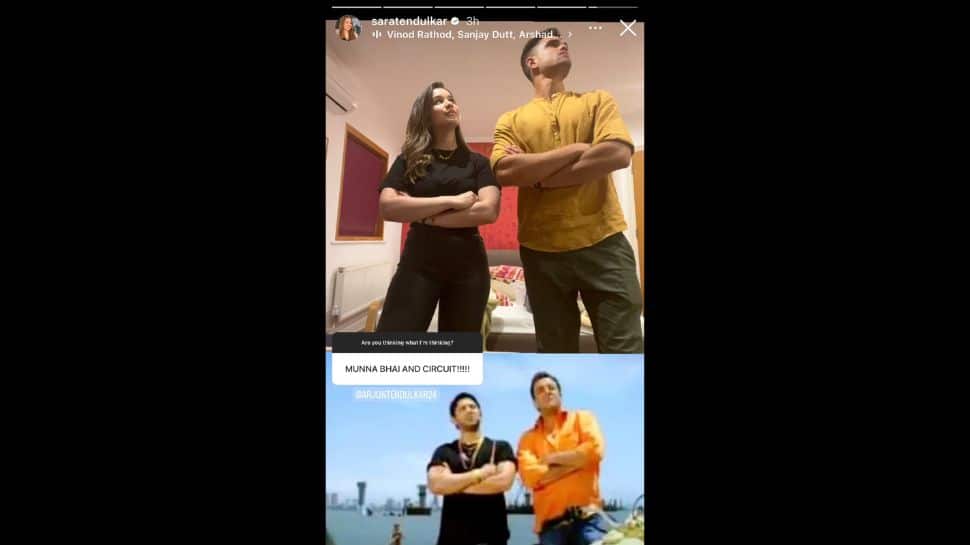 Sara, who is an internet sensation, dropped another beautiful picture on Instagram and the fans could no stop gushing over the photo. Sara is wearing a red gown in this photo on a beach side.

This photo is from her vacation in Koh Samui islands of Thailand where she visited earlier this month. Sara's new post on Instagram garnered more than 1 lakh likes and over 1,000 comments, at the time of writing of the article, minutes after the post came up. It tells you about her massive Instagram following which has gone beyond 2 million now.

Sara is an avid traveller. She welcomed the new year of 2022 in Goa. While during IPL 2022, she was in Germany. She ensured heat in India was not an issue and went to Thailand for a trip and then she went on a family vacation with dad Sachin Tendulkar to London and Scotland, where the spent quality time together.

Meanwhile, Arjun Tendulkar was part of the Mumbai Indians franchise for the IPL 2022 but didn’t get to play in any of the matches in the T20 league this year. Arjun was picked up by five-time champions MI for Rs 20 lakh in the IPL 2022 auction.