Taking to Twitter and Instagram, Team India vice-captain KL Rahul extended his gratitude to his fans for their support and prayers, while confirming that he's healing and recovering well.

Team India vice-captain KL Rahul on Wednesday (June 29) gave an update on his fitness status after undergoing a groin surgery in Germany. The Lucknow Super Giants skipper took to social media on Wednesday gave some good news to his fans, stating that he was on the road to recovery after a successful surgery.

Rahul sustained a groin injury that forced him out of the five-match T20I rubber against South Africa earlier this month, in which he was expected to lead India. Rishabh Pant took over the mantle of captaincy in his absence just a day before the first T20I match in Delhi.

Taking to Twitter and Instagram, Rahul extended his gratitude to his fans for their support and prayers, while confirming that he's healing and recovering well. He captioned the post: “Hello everyone. It's been a tough couple of weeks but the surgery was successful. I’m healing and recovering well. My road to recovery has begun. Thank you for your messages and prayers. See you soon,” Rahul posted.

Hello everyone. It's been a tough couple of weeks but the surgery was successful. I'm healing and recovering well. My road to recovery has begun. Thank you for your messages and prayers. See you soon pic.twitter.com/eBjcQTV03z

The BCCI flew KL Rahul out to Germany for treatment on his injured groin, forcing him out of the entire tour of England, starting on July 1. He was accompanied to Germany by his girlfriend and Bollywood star Athiya Shetty.

Athiya Shetty showered love on beau KL Rahul as he had a successful surgery. In the picture, he could be seen smiling widely as he sat on a bed, with his face facing to his side. Sharing the photo, he updated his fans, friends, and followers that his surgery has been successful and that he is now healing. 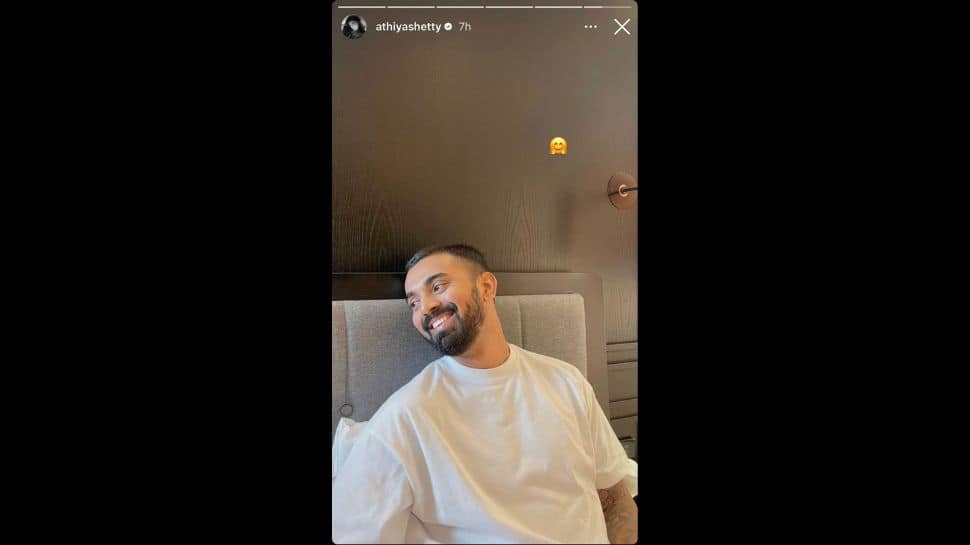 Athiya has been visiting museums in Germany and spending quality time in Europe as Rahul prepared for his surgery, as can been on the Bollywood star’s Instagram story.

Incidentally, it was in England that Rahul made a comeback to the Indian Test team last year. Forming a solid opening combination with Rohit Sharma, the Lucknow Super Giants (LSG) skipper compiled 315 runs, including a memorable century at Lord's.

Rahul recently captained first-timers LSG to the playoffs of IPL 2022, where they fell short to the Royal Challengers Bangalore (RCB) in the Eliminator. It remains to be seen how long the rehabilitation and recovery period will be post his surgery though.

DNA Video
DNA: What was the biggest reason for alliance collapse between JDU and BJP?

DNA Video
DNA: Who can compete against PM Modi in 2024?

DNA Video
DNA: When will there be talk of changing the situation of Bihar?

DNA Video
DNA: What do people gain from the politics of power change?

DNA Video
DNA: What were the signs showing collapse of NDA-JDU alliance?

DNA Video
DNA: When will there be a ban on 'Chinese Manjha'?