Arjun’s sister Sara Tendulkar attended the final MI match against DC as well at the Wankhede Stadium on the weekend, hoping that her younger brother will finally make his much-awaited IPL debut in the final game.

Five-time champions Mumbai Indians finished last on the IPL 2022 Points Table with just 4 wins from their 14 matches – including one over Delhi Capitals in their last match on Saturday (May 21). There was more disappointment for MI fans as legend Sachin Tendulkar’s son Arjun Tendulkar failed to make it to the playing XI.

Arjun’s sister Sara Tendulkar attended the final MI match against DC as well at the Wankhede Stadium on the weekend, hoping that her younger brother will finally make his much-awaited IPL debut in the final game. But even Sara was left disappointed.

Arjun, who was part of the MI squad last year too didn’t play a single game in 2021 and after being bought by MI for Rs 30 Lakh, Arjun warmed the bench in 2022 too. With MI facing an early elimination, many expected the team management to give a chance to the youngsters, which they did in the last few games, however, Arjun wasn’t one of the names on the final playing XI.

In the last game too, MI made a couple of changes but Arjun failed to make his IPL debut on Saturday. Instead, the left-arm pacer was seen helping the players from the boundary whether with the messages from the coaches or for water or a change of bats.

During one of the moments, Sara Tendulkar took a video of him and posted it on social media on her Instagram story with a song from the popular Bollywood film, ‘Gully Boy’ - Apna Time Aayega. 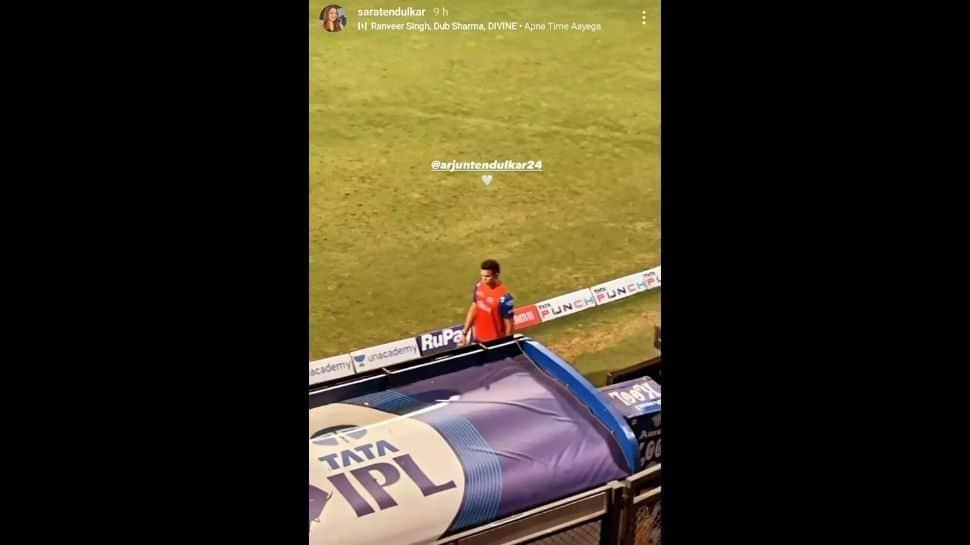 MI brought back in South African youngster, Dewald Brevis, who played a major role in the five-time champions’ win against the Delhi side as he stitched a crucial 51-run stand with Ishan Kishan. Brevis, had played a few games in the early half of the tournament after being left out of the side for MI to include Tim David. The Singapore-born all-rounder blew away the Capitals with a 11-ball 34 as Royal Challengers Bangalore qualified for the playoffs.