As Gujarat Titans all-rounder Hardik Pandya keeps his team on the winning path, wife and Serbian dancer Natasa Stankovic is keeping the fans enthralled off it.

Hardik Pandya’s Gujarat Titans are the only unbeaten team in the Indian Premier League (IPL) 2022 after their sensational win over Punjab Kings last week. GT have won all their three matches till date with Rahul Tewatia smashes 2 sixes off the last two balls on Friday (April 8) to take his side to an incredible victory.

Not only are GT on fire on the field, their captain’s wife Natasa Stankovic is keep things hot in the Mumbai summer off the field as well. As GT all-rounder Hardik keeps his team on the winning path, wife and Serbian dancer Natasa is keeping the fans enthralled off it.

On Sunday (April 10), Natasa posted an Instagram story with a picture of herself in the pool is a white bikini. This was days after another picture of her in a red-bikini ahead of match against Punjab Kings last week. 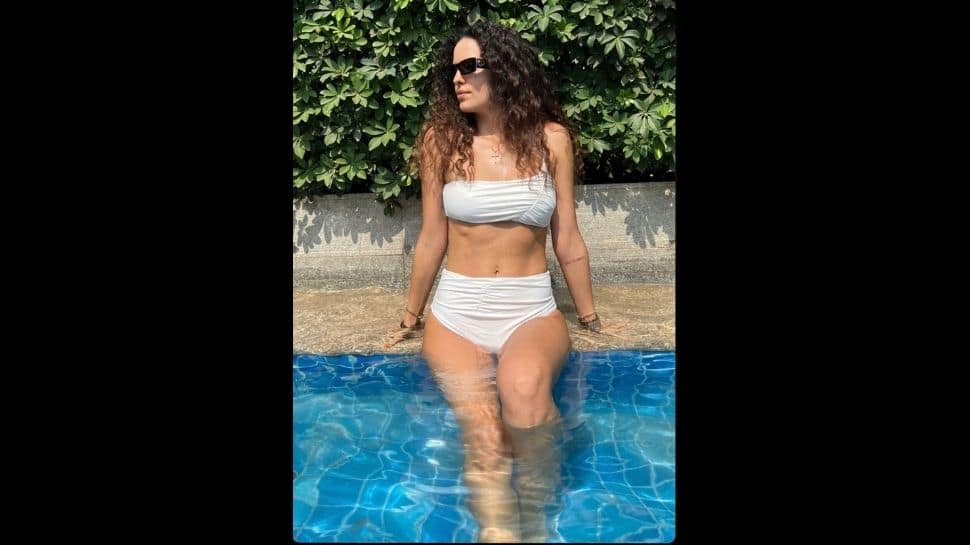 Meanwhile, Hardik Pandya is revelling in his new role as the leader of Gujarat Titans, saying extra responsibility and challenges have made him a better cricketer. Pandya notched his third win as skipper in the IPL on Friday when Gujarat Titans beat Punjab Kings by six wickets.

Pandya has been contributing with the bat, besides bowling a full quota of four overs while also captaining the side. “I am enjoying captaincy, always wanted to have responsibility as a cricketer and that is the reason I have become a better cricketer, because facing challenges makes you better,” he said at the post match presentation after the PBKS win.

“I have been on both side before – I have won and lost – so (I’m) cool and composed because I try to stay neutral. That’s our team motto as well, win or lose we are neutral, we celebrate our losses also, they are very important as it gives the wins more value,” he added.