During the Mumbai Indians exposure tour of UK, Arjun Tendulkar met up with England woman cricketer Danielle Wyatt for lunch in the upscale SOHO area of London.

“NT Tilak Varma, Kumar Kartikeya, Ramandeep Singh, Hrithik Shokeen are some of the players who will get exposure playing against top T20 club sides in trying conditions. Arjun Tendulkar, who is also in UK and South African youngster Dewald Brevis are also likely to join the touring party,” an IPL insider privy to the development told PTI on condition of anonymity.

During this tour, Arjun Tendulkar met up with England woman cricketer Danielle Wyatt for lunch in the upscale SOHO area of London. Danielle posted a picture of her lunch date with Arjun Tendulkar, which soon became viral. 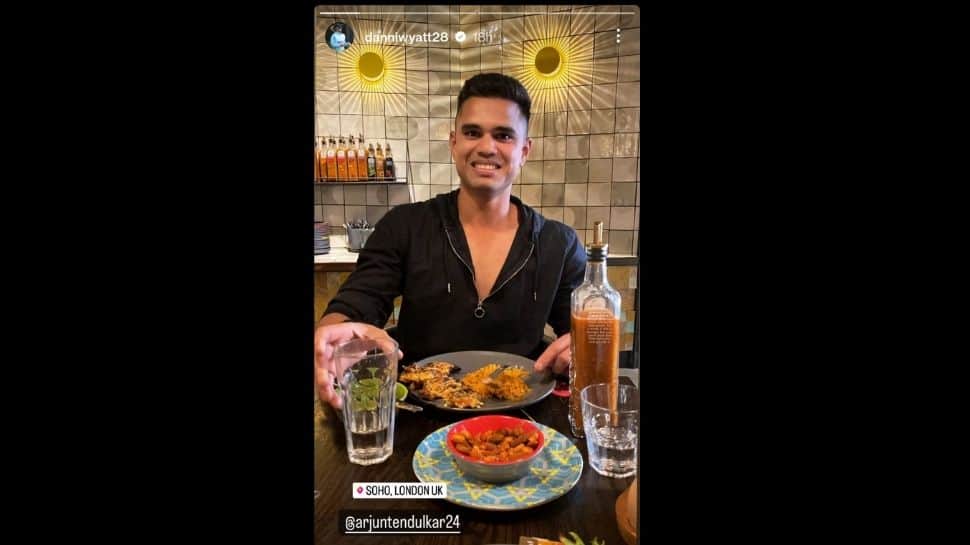 The MI support staff headed by chief coach Mahela Jayawardene will be in England to oversee the progress of the Indian players. “Look, the Indian domestic season has come to an end. While the top players like skipper Rohit Sharma, premier pacer Jasprit Bumrah will be now on the road with the national team, our international stars will also be busy with their respective commitments,” the source indicated.

“The ones who need to be monitored are our younger crop of players as they won’t be having any match practice for three and half months before the next domestic season starts. So effectively, we can't call it a pre-season trip as IPL is still nine months away. But it is trying to monitor the progress of our core group of youngsters going forward,” he added.

For this trip though, MI doesn’t need any BCCI permission unless the team is playing exhibition games against other franchises or overseas T20 sides.