The Kashmir Files on ZEE5: After its record-breaking performance at the box office, The Kashmir Files is now set to premiere on ZEE5 on May 13, 2022 in Hindi, Tamil, Telugu, Kannada and Indian Sign Language.

The ISL interpretation for ‘The Kashmir Files’ was carried out by ISH News, which is the One-Stop News and Awareness channel for the 18 million deaf people in India*.

After its record-breaking performance at the box office, The Kashmir Files is now set to premiere on ZEE5 on 13th May in Hindi, Tamil, Telugu, Kannada and Indian Sign Language. Marking this initiative, ZEE5 organised a special screening of ‘The Kashmir Files’ in Indian Sign Language and saw a turnaround of 500 people with a hearing impairment. The special screening was graced by the Director, Vivek Agnihotri along with his wife and actor, Pallavi Joshi and actor, Darshan Kumaar.

Manish Kalra, Chief Business Officer, ZEE5 India said, "At ZEE5 our mission has been to educate and empower our viewers with quality content choices and as a futuristic brand we did see a significant share of our audiences are left uncatered due to the absence of inclusive features. The Kashmir Files is a story depicting a part of India’s history which should be made accessible for everyone to watch. We are happy to have organised a special screening for the specially-abled viewers as we welcome our new audiences on ZEE5; in line with our vision to create an inclusive ecosystem and democratise content consumption across the globe.” 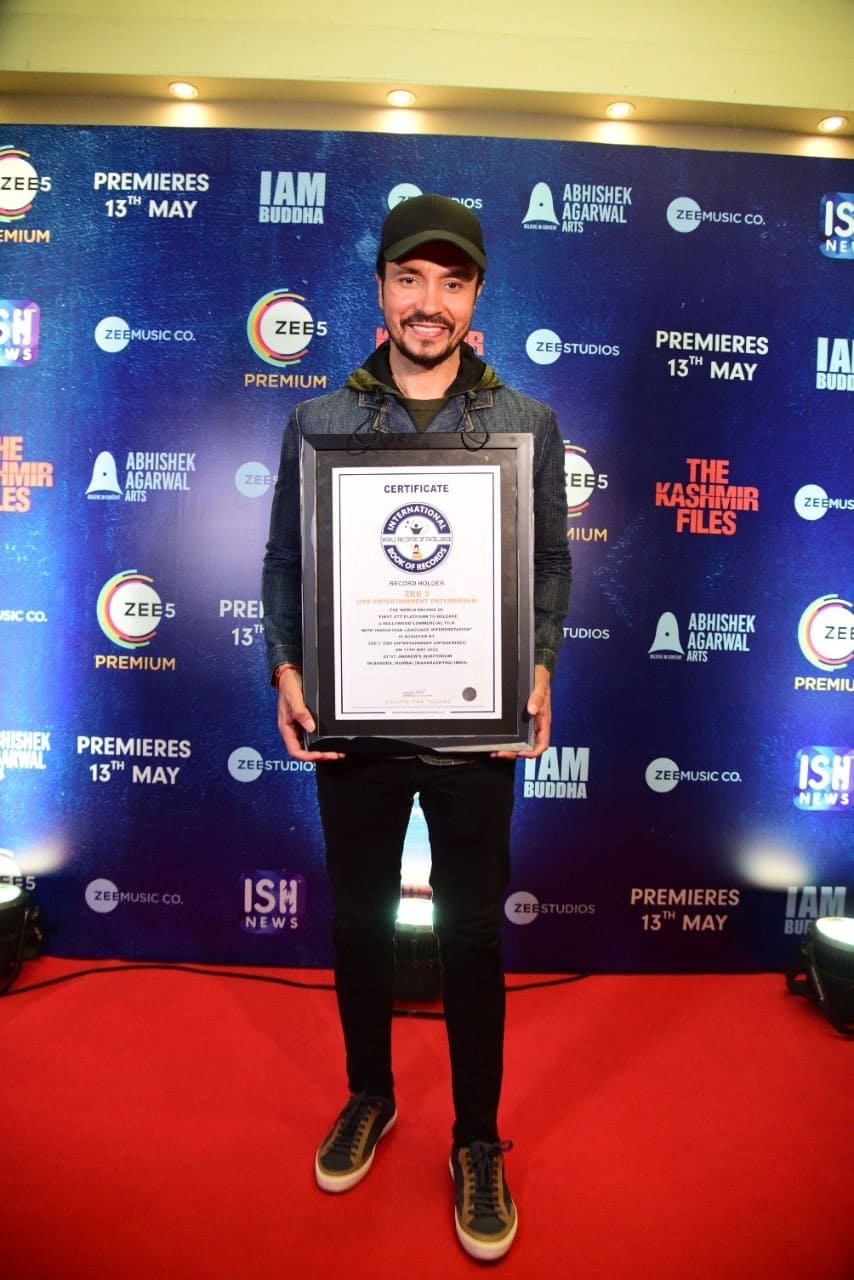 Director Vivek Agnihotri said, “We are glad that The Kashmir Files reached out to and resonated with so many people across the world and now with ZEE5’s one-of-a-kind move, the movie will be accessible not only in Hindi, Tamil, Telugu and Kannada but also in Indian Sign Language. This is a story which must be told, and I am glad that ZEE5 is helping us do that with their reach and network”.

The Kashmir Files broke records at the box office by becoming the first post-pandemic Hindi movie to cross the 300-crore mark. With its digital debut on ZEE5, the movie will be accessible to audiences across the globe in multiple languages and in Indian Sign Language as well. Starring Anupam Kher, Mithun Chakraborty, Pallavi Joshi and Darshan Kumaar in pivotal roles, The Kashmir Files is set to premiere on 13th May, only on ZEE5.

Actor Darshan Kumaar said, “The Kashmir Files is a heart-wrenching story of pain, suffering and struggle. I believe everyone should know about this story as it’s a reminder to the people of the world to stand united and fight against brutal acts of terrorism. It gives us a message to live in harmony and make this world a better place to live in. As this movie is very close to my heart, I am extremely happy that The Kashmir Files has reached our specially-abled audiences and I hope to receive a lot of love from them”.