Vikram Vedha: Hrithik Roshan’s fans just can’t get over his moves in ‘Alcoholia’!

Hrithik Roshan has taken the internet by storm with his dance moves in his latest song 'Alcoholia'. Action entertainer 'Vikram Vedha' is all set for release on September 30.

New Delhi: Hrithik Roshan is one such actor who entertains the audience with not just his acting but also his superb dancing skills. The actor first swayed away the fans with the trailer of ‘Vikram Vedha’ and has now taken the internet by storm with ‘Alcoholia’, the recent song from the action-entertainer.

Netizens and fans have been showering the song with immense love and support, and the chatter around it is growing bigger with every passing day – Talking about his effortless moves, his on-point expressions and his grunge look in the track, audiences just can’t seem to get enough of Hrithik Roshan, who has made an impact with every song of his career.

A fan commented, “Hrithik is the complete package a director wants for their movie. He justifies his role and always sets a benchmark for other actors. This Vedha is looking f**king dope. Look at his expressions. The movie is going to be housefull for sure.” Another fan said “Dekhne Se Phele Like Thoka…resolution ko 1080 par roka..mila hai Hrithik ka dance dekhne ka mouka.” While another stated, “The Hrithik expressions killed it.” The comments even ranged from “Aaj Mausam Hrithikoholiya” , “No one can dance like him in B-Town” to “Hrithik doesn’t play a character. He becomes the character.”

Look at the comments - 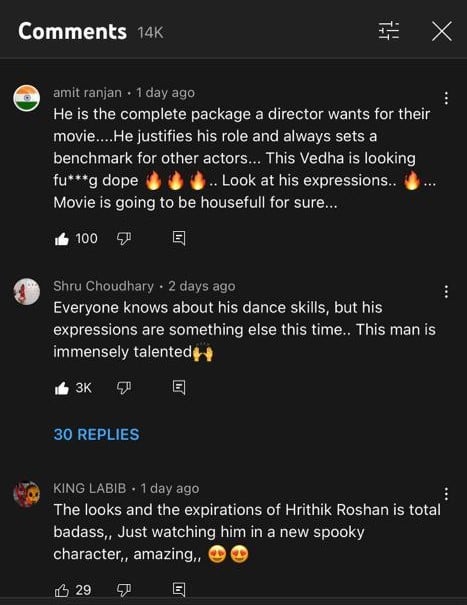 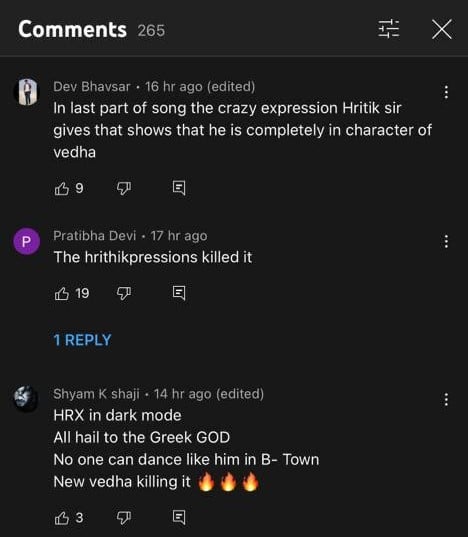 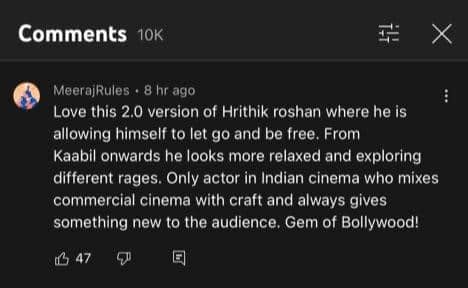 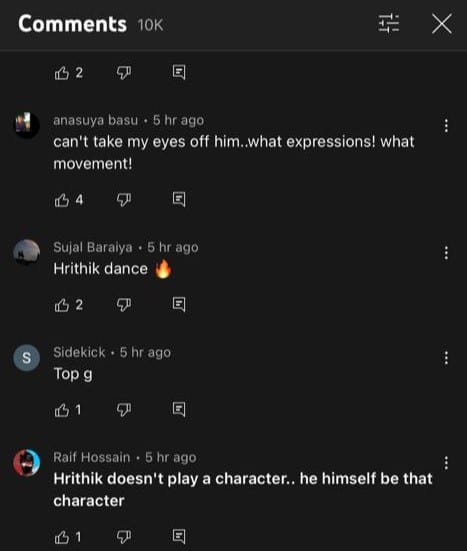 The anticipation around ‘Vikram Vedha’ is increasing day by day especially with the fact that it marks Hrithik Roshan’s 25th film. The superstar has always chosen quality over quantity and in his career spanning 22 years has selected films and roles that are distinct, versatile and undoubtedly high-on entertainment.