Alongside pictures from her movie, she wrote, "Happy 3, for STREE."Shraddha also had a special message for her fans on Instagram stories that read, "Thank you everyone for all your love for #STREE".

In another post, she continued, "3 years of #STREE which got so much love from all of you. A very, very special film for me." She also mentioned having a brilliant time with her film team in the end. 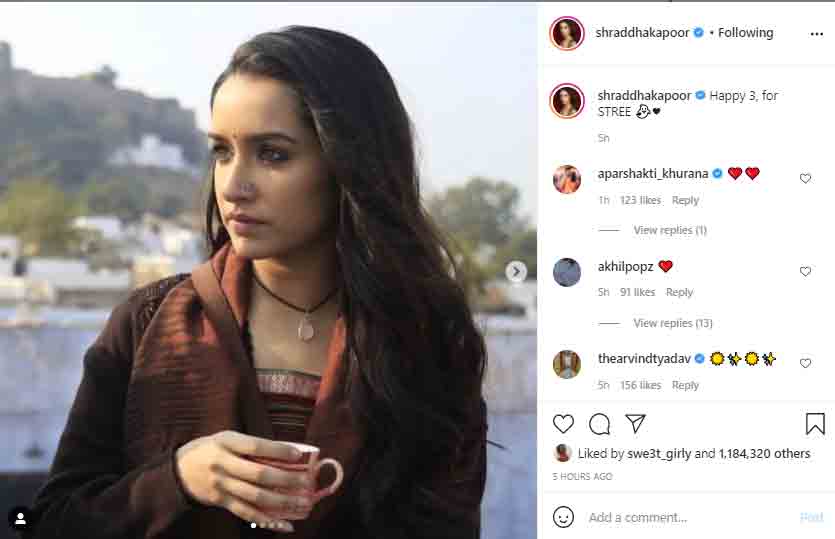 Directed by Amar Kaushik, Stree was a huge box office hit when it was released in 2018 and raked in a good amount of box office collections. It also brought about a sea of change in the horror-comedy genre since its release.

The film's massive reception led to filmmakers experimenting more with the genre. On the professional front, Shraddha's next project is 'Chaalbaaz In London', which will be a reboot of the 1989 rom-com classic 'Chaalbaaz' directed by Pankaj Parashar, who helmed the original flick starring late legendary star Sridevi.

The actor has reportedly signed a three-film franchise based on the TV series 'Naagin', to be produced by Nikhil Dwivedi.