Fans could not keep their calm as Shah Rukh Khan made a special appearance in Aamir Khan's 'Laal Singh Chaddha'. 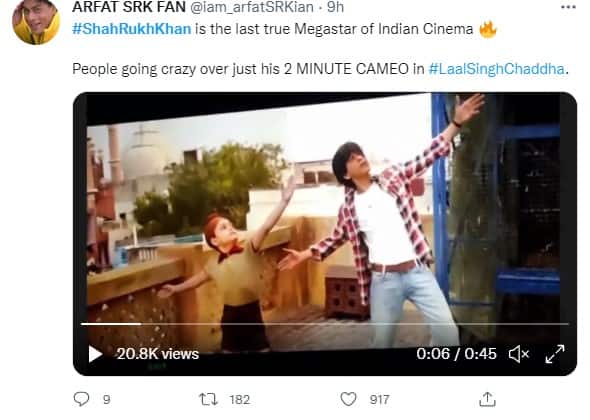 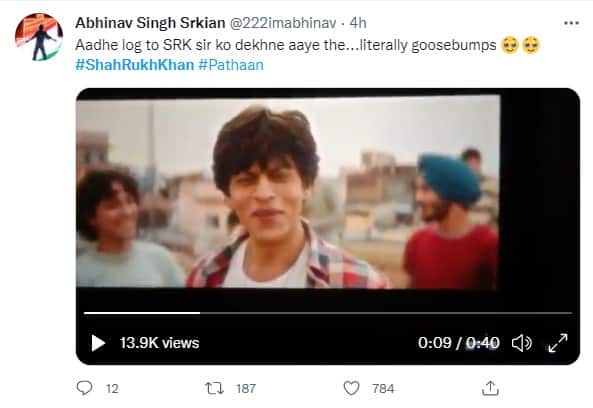 Fans were quite happy to see their superstar back on screen after a long time. His last release was Aanand L Rai’s ‘Zero’ in 2018. The audiences are now eagerly awaiting his comeback in ‘Pathan’ which will hit the theatres next year.

Amidst several controversies around the film, ‘Laal Singh Chaddha’ opened to mixed reviews from the critics. Helmed by Advait Chandan, it is an official remake of 1994 American film ‘Forrest Gump’ starring Tom Hanks. The film was recently in the news due to Boycott Laal Singh Chaddha controversy on social media. During a media interaction, Aamir Khan even broke his silence on the trolls and said that he does not want to hurt anyone.