The 'Tanu Weds Manu' actor recently dropped her first look poster and teaser of her upcoming film 'Emergency', in which she will be portraying the role of former Indian Prime minister Smt. Indira Gandhi.

NEW DELHI: Bollywood actor Kangana Ranaut on Wednesday (July 21) shared a video on her social media where she can be seen enjoying her favourite meal with her co-star Anupam Kher on the sets of her next directorial film 'Emergency'. In the video, the actress expressed her gratitude towards Anupam Kher for treating her with her favourite dish Kadi Chawal along with sookhe aloo and baingan ka bharta.

Taking to Instagram, the 'Dhaakad' actor captioned the video, "Favourite actor @anupamkher and favourite food...kadi chawal and sookhe Aloo (dry potatoes)....wah! Life is set #emergency. "This is going to be a delicious day," Kangana said in the video. 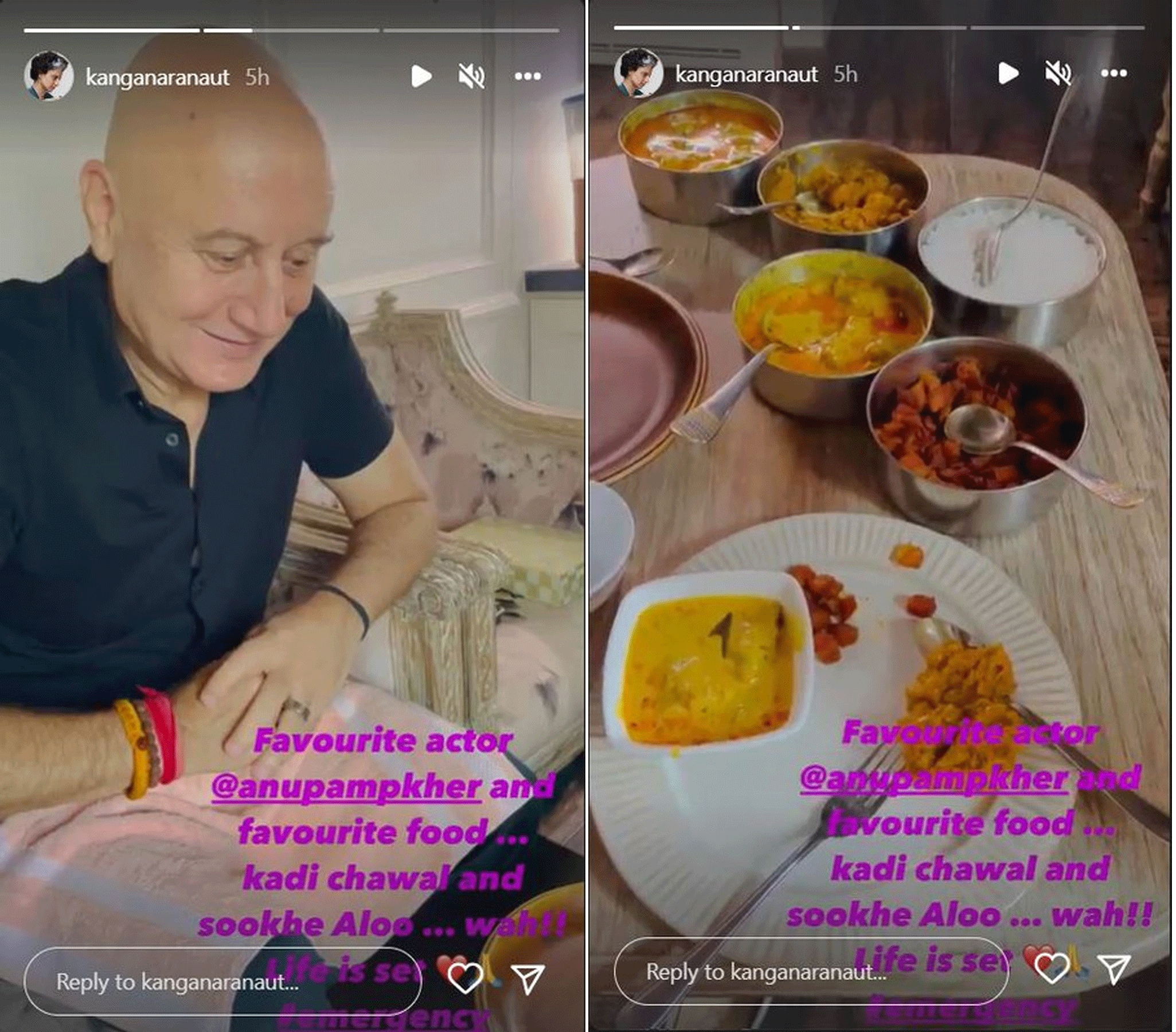 The 'Tanu Weds Manu' actor recently dropped her first look poster and teaser of her upcoming film 'Emergency', in which she will be portraying the role of former Indian Prime minister Smt. Indira Gandhi. The makers of the film have already commenced the shooting of the big budgeted project. This marks the 'Fashion' actor's first solo directorial film.

Apart from that Kangana was last seen in 'Dhaakad' which failed to impress the audience at the box office. The film is currently streaming on OTT platform Zee5.

Meanwhile, she will be next seen in 'Tejas', in which she will be portraying the role of an Indian Airforce pilot. Directed by Sarvesh Mewara, the official release date of the film is still awaited.

Anupam, on the other hand, concluded the shooting of his upcoming film 'Uunchai' with legendary actors Amitabh Bachchan, Boman Irani and Neena Gupta. Apart from this, he also announced the title for his upcoming flix, 'The Signature' alongside Mahima Chaudhry.

Recently, the first look from his upcoming 525th movie 'The Signature' was also out.