Excel Entertainment and Russo Brothers to collaborate? Here's what we know

Their meeting became a hot topic of debate, with the fraternity and the media hinting at a big collaboration.

The two of the world's most dynamic duos - Excel Entertainment's Farhan Akhtar & Ritesh Sidhwani and AGBO’s The Russo Brothers met for an exclusive fireside chat held in Mumbai recently.

Their meeting became a hot topic of debate, with the fraternity and the media hinting at a big collaboration. It's learned that Russo Brothers were elated with Ritesh's hospitality and him being a perfect host for the evening, as they had a detailed discussion about Indian cinema, Hollywood, the language barrier, usage of VFX, and the incredible work of Excel Entertainment has done over the years. Sources also suggest that it was a very engaging and productive conversation, thereby hinting at a big collaboration. 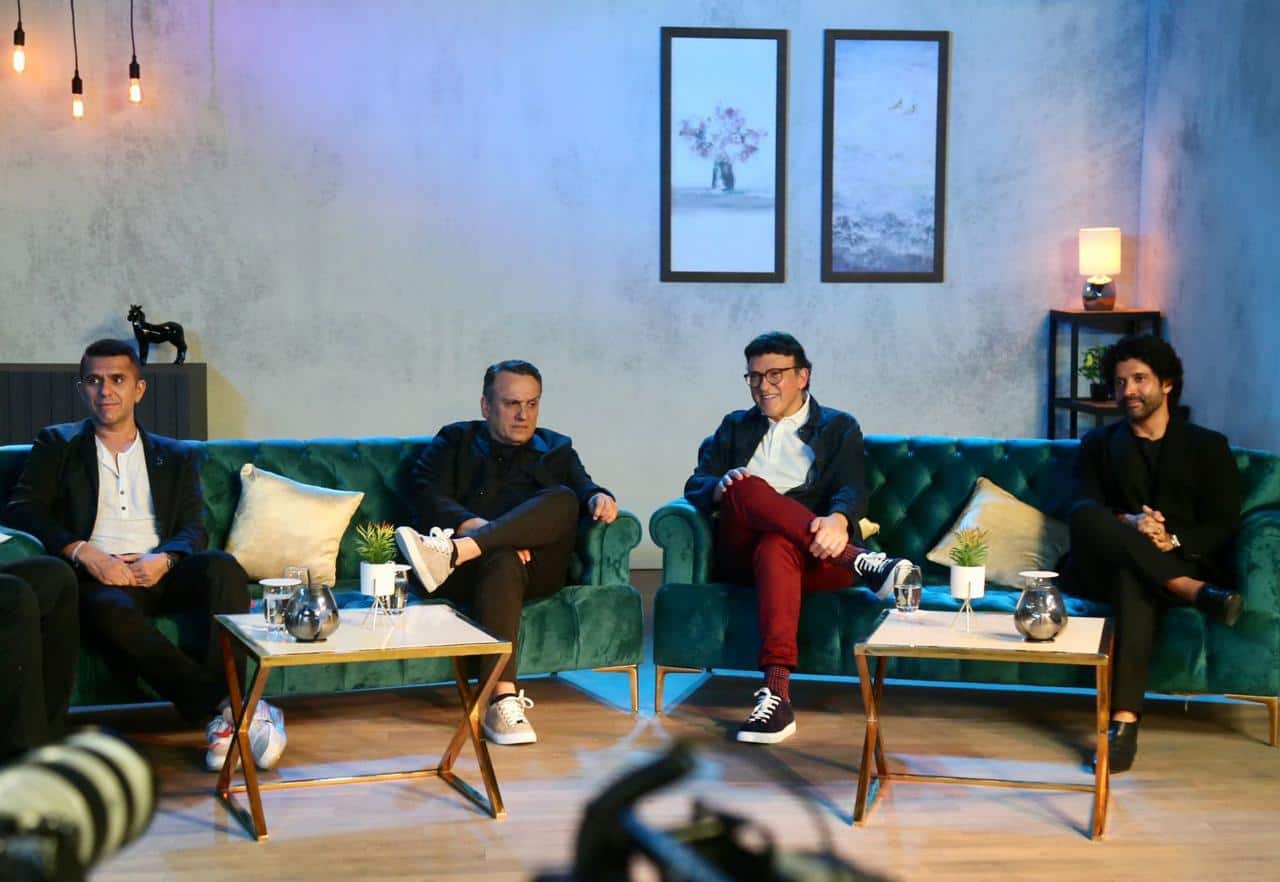 Farhan Akhtar and Ritesh Sidhwani's Excel Entertainment (set up over two decades ago) revolutionised the entertainment world by changing the sensibilities of Indian viewers, always on the outlook for interesting and engaging content including 'Dil Chahata Hai', 'Zindagi Na Milegi Dobara', 'Dil Dhadakne Do', and 'Gully Boy' to name a few.

The talented producer-duo ventured into the digital universe by providing the viewers with some of the best OTT content - be it 'Inside Edge', 'Mirzapur' and 'Made In Heaven'.

Meanwhile, The Russo Brothers are currently in India for the promotional tour of Netflix’s ‘The Gray Man’. The film released on Netflix on 22nd July, starring Ryan Gosling, Dhanush, and Chris Evans in pivotal roles.